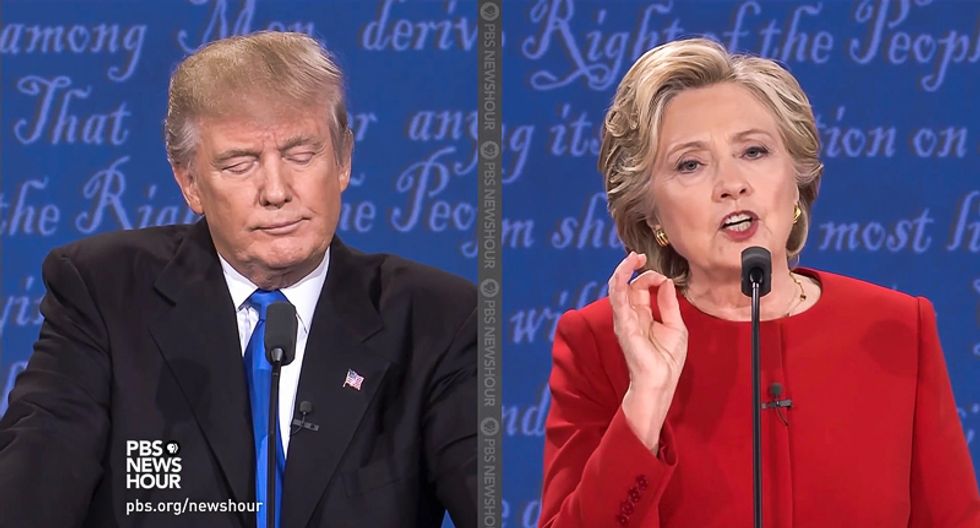 While claiming that the impeachment inquiry into alleged misconduct by Donald Trump is a "witch hunt," the administration is focusing attention on investigating former Secretary of State Hillary Clinton, according to a bombshell report published by The Washington Post on Saturday.

"The Trump administration is investigating the email records of dozens of current and former senior State Department officials who sent messages to then-Secretary of State Hillary Clinton’s private email, reviving a politically toxic matter that overshadowed the 2016 election, current and former officials said," the paper reported.

The scope of the investigation is staggering.

"As many as 130 officials have been contacted in recent weeks by State Department investigators — a list that includes senior officials who reported directly to Clinton as well as others in lower-level jobs whose emails were at some point relayed to her inbox, said current and former State Department officials," the paper noted. "Those targeted were notified that emails they sent years ago have been retroactively classified and now constitute potential security violations, according to letters reviewed by The Washington Post."State Department investigators began contacting the former officials about 18 months ago, after President Trump’s election, and then seemed to drop the effort before picking it up in August, officials said."

The investigation is causing yet another abuse of power scandal for the embattled administration.

"To many of those under scrutiny, including some of the Democratic Party’s top foreign policy experts, the recent flurry of activity surrounding the Clinton email case represents a new front on which the Trump administration could be accused of employing the powers of the executive branch against perceived political adversaries," The Post explained. "The existence of the probe follows revelations that the president used multiple levers of his office to pressure the leader of Ukraine to pursue investigations that Trump hoped would produce damaging information about Democrats, including potential presidential rival Joe Biden."