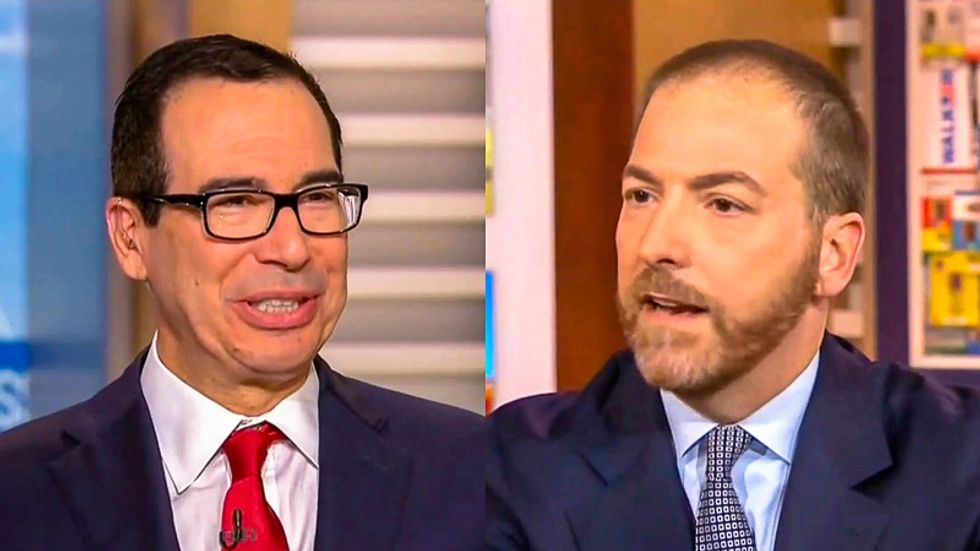 Treasury Secretary Steve Mnuchin confirmed on Sunday that the White House does have a transcript of President Donald Trump's call with Ukraine President Volodymyr Zelensky.

During an interview on NBC's Meet the Press, host Chuck Todd asked Mnuchin if he had an objection to Congress' request to see a transcript in which Trump allegedly asks Zelensky to open an investigation into Democratic presidential candidate Joe Biden.

While confirming that a transcript of the call exists, Mnuchin said that House Democrats have no right to see it.

"What I have a problem with is Congress asking for a transcript between world leaders," he told Todd. "I think that those are confidential discussions and that’s a difficult precedent."

"He says he said nothing inappropriate, so why not release the transcript?" Todd pressed.

"Because, again, I think that these are confidential discussions between world leaders and world leaders expect that they’re going to be kept confidential," Mnuchin said. "It has nothing to do with this call per se."

Watch video below from NBC.