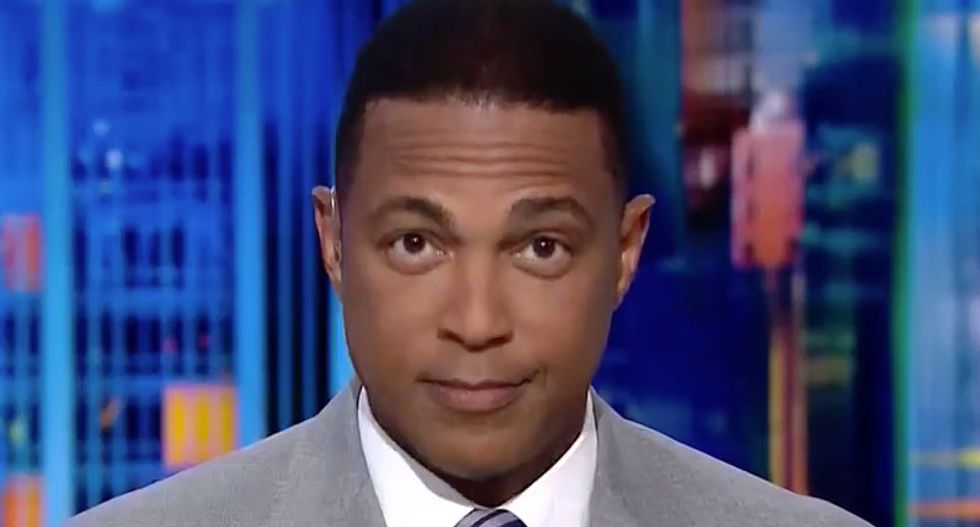 CNN host Don Lemon mocked President Donald Trump for being classless up against former President Barack Obama. Over the weekend, Trump has complained about Obama being able to have lucrative book deals and for starting a production company for films and documentaries that promote the social good.

"This started all the way back when we walked out of that deal," said former Gov. John Kasich (R-OH), referring to Trump's hatred of the Iran deal. "And earlier in your monologue, you said something very interesting, something I can’t figure out. Why is he angry at Barack Obama? Donald Trump’s president. I mean I was never angry at anybody else that had the job that I then got. I don’t get that. And if that anger is what drove us to walk away from this Iran agreement, that’s a tragedy. Big, big mistake."

Lemon explained that he knows exactly what the problem is.

"One, it’s very glaring that he’s jealous," Lemon explained. "Two, it plays well for his base, right? He makes Barack Obama a foe, right? The so-called boogeyman. And, three, Barack Obama has class. Money doesn’t buy class. It’s that simple."

"But why is he jealous?" asked Kasich.