Neo-Nazi who ran for Senate in California now running for city council seat in Idaho on a ‘blatantly, openly, violently anti-Semitic platform’ 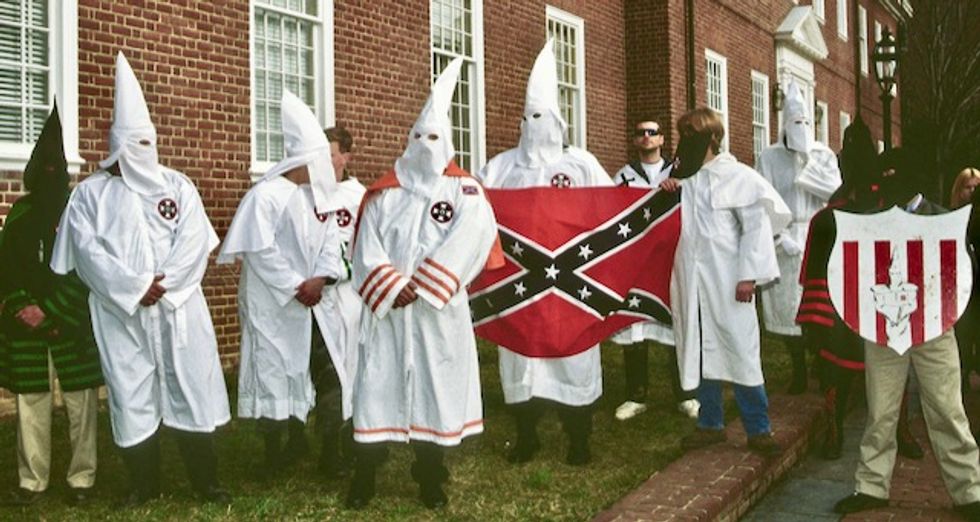 When neo-Nazi and Holocaust denier Patrick Little ran as a Republican for the U.S. Senate seat held by Democratic Sen. Dianne Feinstein of California in 2018, he didn’t get very far: the California Republican Party made a point of distancing itself from his campaign. But that isn’t stopping Little from running for office again — only this time, he isn’t running for a statewide position in California, but is running for a city council seat in Garden City, Idaho.

Little, who received about 90,000 votes in California last year and was endorsed by former Ku Klux Klan Grand Wizard David Duke, has not been shy about expressing his anti-Semitism. In 2018, Little said he wanted to make the U.S. “free from Jews.” And when the California GOP condemned his campaign, he responded that they were “nothing but Zionist stooges.”

Ryan Davidson, chairman of the Ada County Republican Party in Idaho, told the Idaho Statesman he had never heard of Little. And Garden City Mayor John Evans told the Statesman, “His public statements targeting the Jewish community as acting against this country are baloney.”

Little wasn’t always openly anti-Semitic. In 2018, Newsweek reported that he was once a pro-Israel libertarian. But by the time he decided to run for the U.S. Senate, he had become very anti-Israel and told a Newsweek reporter he admired Adolf Hitler. One of his robocalls in California declared, “America has a Jewish problem.”

Rabbi Dan Fink, who is with the Ahavath Beth Israel Temple in Boise, Idaho, told the Idaho Statesman that Little is the most extreme candidate he has seen in that area.

“I’ve been here for 25 years, and there’s not been a candidate with these views, to my knowledge,” Fink observed. “In certain statewide races, we’ve had some pretty fringey candidates. But I don’t have any memory of someone in the Treasure Valley running on a blatantly, openly, violently anti-Semitic platform like that.”