Nicolle Wallace rips the president’s Taliban blunder: Trump ‘is 0 for 3 on big swings in foreign policy’ 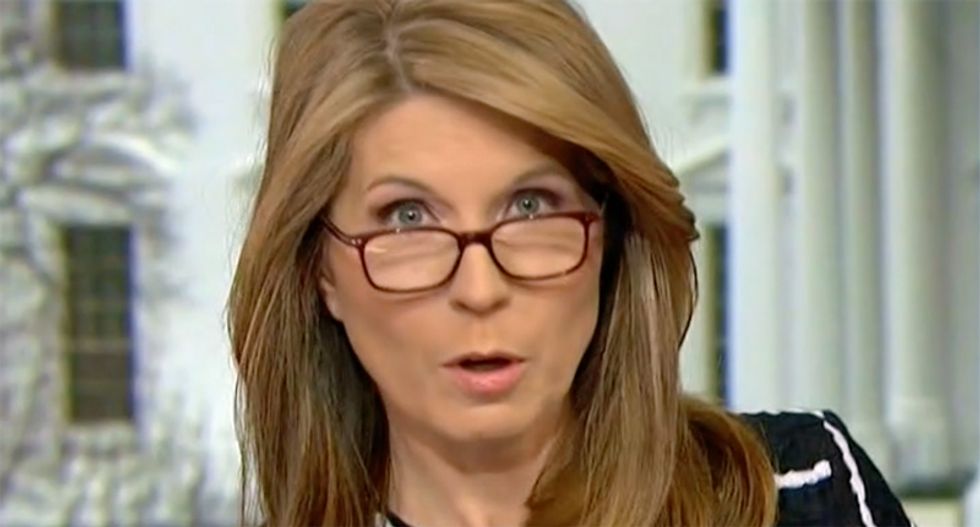 “Well, it's no secret that Donald Trump's presidency is often defined by his own personal inferiority complex when it comes to the accomplishments of his predecessors. It was still a shock to the system to learn that he planned to host the terrorist group that supported the horrific September 11 attacks, the weekend before the anniversary of September 11th,” Wallace noted.

The host read a quote from a New York Times story titled, “How Trump’s Plan to Secretly Meet With the Taliban Came Together, and Fell Apart.”

“Look, there have been talks about meeting with the Taliban. You remember last month there was this meeting in Bedminster and it was first raised then,” Labott reminded.

“And the president kind of saw this deal shaping up. He was getting pressure from [John] Bolton, from congressman like Sen. Lindsay Graham (R-SC), other supporters that said this deal was putting too much trust in the Taliban and the president was getting frustrated. He said, listen, I don’t really like this deal shaping up, but I also don’t want to walk away, so he was looking for a third way and thought, ‘I talked to Kim Jong-Un, I talked to Vladimir Putin, I talked to President XI and I negotiated with them. I can do this better,” she explained.

“And this overreliance on the pageantry and the president’s own desire to get in the room I think is, you know, a lot of the problem. And also the idea that he’d be conferring this legitimacy on the Taliban instead of on the Afghan government to strengthen their hand with talks. This was not a real pre-cooked way to have a negotiation,” Labott noted.

Wallace said, “To take Elise’s three examples and get inside Trump’s mind, he thinks, ‘I talked to Putin, I talked to Xi, I talked to Un. He’s gotten exactly nothing from Putin, he didn’t even confront him about election meddling, is widely viewed to be destabilizing the global economy over his failed trade talks with China. And Kim Jong-Un is just launching away.”

“So I trust her on how Trump came to believe that only he could negotiate peace with the Taliban. But he’s 0-3 on big swings in foreign policy,” Wallace concluded.