'Not a single Republican reached out to ask what can we do': Trump's 'my African-American' fan blasts GOP 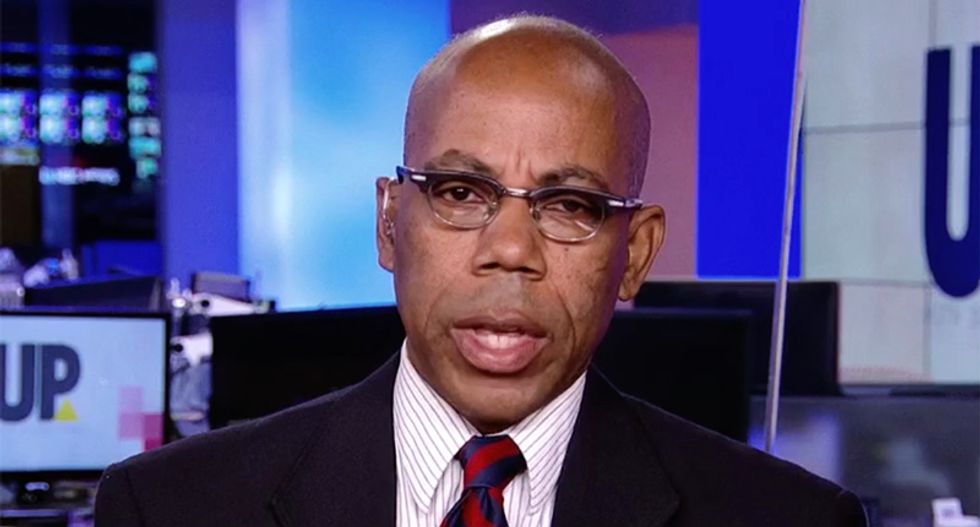 President Donald Trump once called Gregory Cheadle "My African-American" during a California campaign rally in 2016, but now Trump's champion is out and he says it's due to the GOP's white supremacy.

In an interview with CNN's Don Lemon, Cheadle asked how any person of color could be part of a party that doesn't want them.

"Well, he and the party have just shown that they have no interest in any of group but white," said Cheadle. "Whites are the primary group. Everyone else may get crumbs. But his agenda is targeted towards benefitting whites. For the GOP as well. The GOP is they want to slash Social Security. They want to slash welfare. They don't say diddly-squat about cutting subsidies, loan guarantees, government contracts and whatever else for the wealthy. So they're all about themselves."

The GOP lost one of its key Black members Mia Love last year. Trump couldn't stand her. Now, the last Black Republican in the House, Will Hurd, is leaving Congress as well. Lemon asked Cheadle if Trump's rhetoric was part of the reason people of color felt the GOP was pushing them away.

"Without a doubt. How in the world can you think about being involved with a party that doesn't want you?" Cheadle asked. "Since I have left the party, not a single Republican reached out and tried to say, 'What can we do?' None of that. I have not been contacted by any of the 'right-wing media.' The Republican Party is bent on being all white."