'Not fit to hold that office': John Brennan says Trump's corruption is 'beyond the pale' 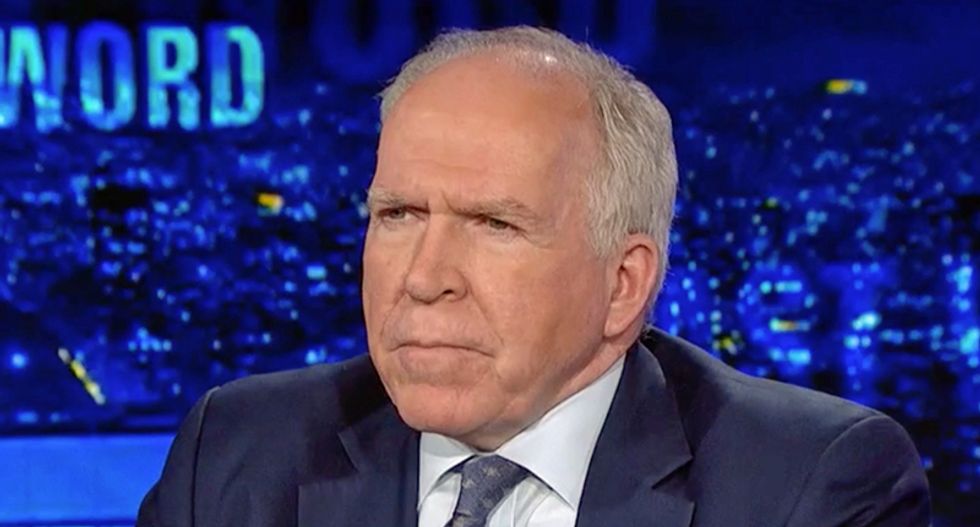 On Friday's edition of MSNBC's "All In," former CIA director and MSNBC national security analyst John Brennan tore into President Donald Trump's move to conceal the transcripts of his political calls with foreign leaders, including his attempt to strong-arm the president of Ukraine to investigate former Vice President Joe Biden.

"Let’s start with the top line, Mr. Brennan," said host Chris Hayes. "To someone that says this is just routine diplomacy, I think as a Republican member of Congress or party said, it was a phone call or nothing to see here, or presidents do this all the time. As someone who’s worked in the White House, and I imagine has staffed these calls, what do you say to someone who says that?"

"In my experience, I’ve never heard of anything like this in any presidential phone call," said Brennan. "And it is abnormal for any individual in the Oval Office to raise with a foreign leader politically damaging information that they’re seeking on a political rival. This just goes well beyond the pale ... And I think as we’ve all seen in broad light, based on the things that have already been released, Mr. Trump clearly exceeded the bounds of what a president should be saying and doing with a foreign leader."

"I want to ask you to respond to ... the reports and, we now have video I guess, of the president saying 'This person’s almost a spy, I want to know who talked to him. And in the old days we treated them like they were committing treason, we knew what to do with them.' What message do you think that’s sending? What are the ramifications of him talking like that?"

"It’s sad to say that is certainly unsurprising coming from Donald Trump, because that’s consistent with what he’s done before," said Brennan. "Those who are working to try to keep their fellow citizens safe and to come out against not just the whistle-blower but the people who talked to the whistle-blower with such vehemence, I think it really does send quite a chill to the work force, the chief executive is somebody who is quite frankly not fit to hold that office. So I think it hurts him certainly. And it may in fact embolden others to speak out because they just feel that this is, you know, an outrage in terms of how he has handled this matter."

"I think any bureaucracy, any government is made up not just of laws but of people," added Brennan. "And I think what the whistleblower complaint indicates is that there were a number of individuals who seemed to be willing to abet and assist in this effort to try to hide information that is not just damaging to Donald Trump, but also involves criminal activity. And I think that’s what the whistleblower and those individuals he was talking with, he or she, really felt that this went beyond inappropriate behavior, the kinds of things Donald Trump usually does. But when it rises to the level of criminality, there’s an obligation on federal employees to report that to the appropriate authorities. And I think that’s what the whistleblower was struggling with he or she finally decided to go forward with this whistleblower complaint."