‘Not going to give a crap’: Lindsey Graham tells Fox News viewers why he ignores Trump’s scandals 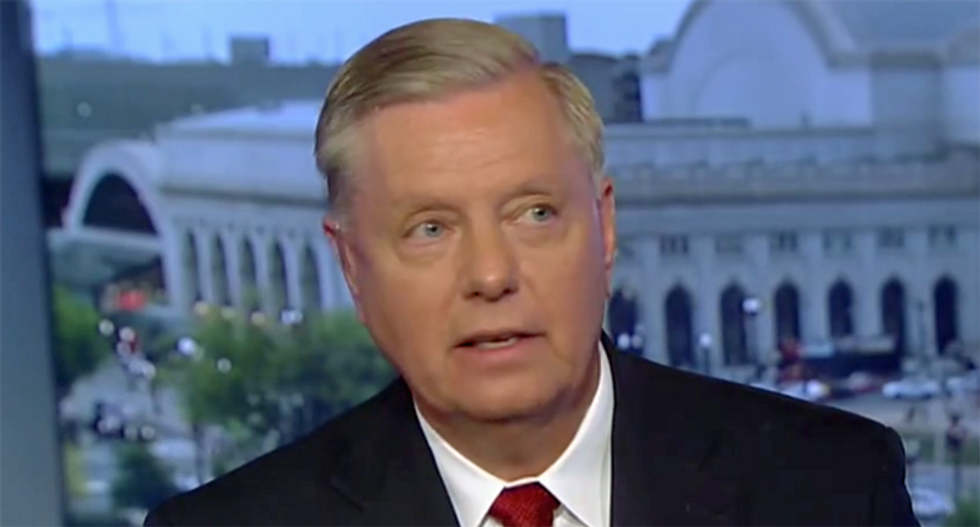 One of President Donald Trump's leading defenders on Capitol Hill told Fox News why he is simply ignoring the latest White House scandals.

"I want to ask you two more questions. One, there’s an investigation out on Commerce Secretary Wilbur Ross, if he put his finger on the scale and NOAA scientists and the fallout of the Alabama ordeal we dealt with last week. What're your thoughts on that?" Baier asked.

"Not going to give a crap," Graham replied.

"That’s for the record?" Baier asked.

"I could care less, this whole thing is a bunch of garbage," he continued. "This is the Trump world. The guy can’t do anything -- the guy getting criticized by a bunch of people who just hate his guts and I’m not playing that game."

"The story about the Russian asset that was extracted?" Baier asked.

"Another example of what I think is complete B.S. -- trying to blame the president for something that didn’t happen," Graham replied. "The president is a handful, he makes his fair share of mistakes, but the story about the president damaging our national security I think is unverified and untrue."