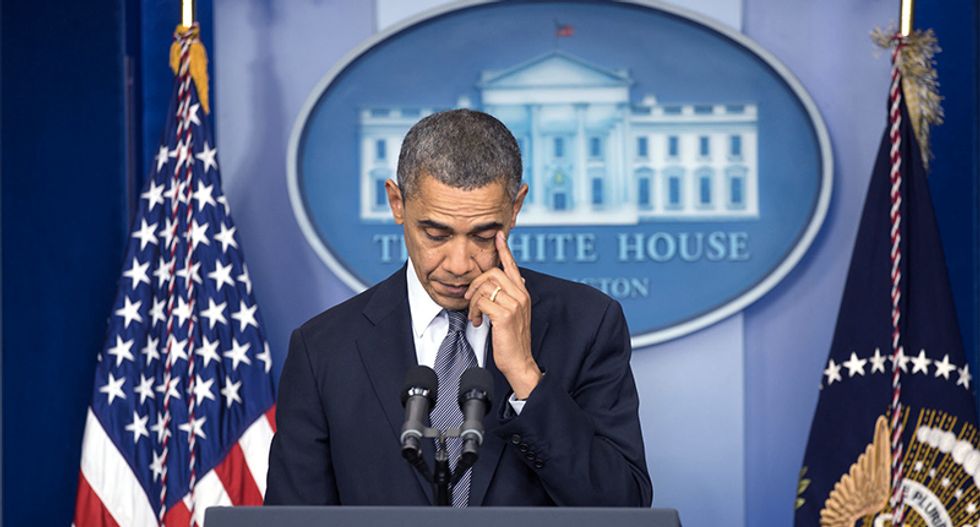 But on Wednesday, Obama couldn't help but take a swipe at the president's excessive cable viewing and tweeting. At a tech conference Wednesday, Obama described the key to his success, which included a competent, trustworthy staff, Axios reports.

"The other thing that is helpful is not watching TV or reading social media," Obama added.