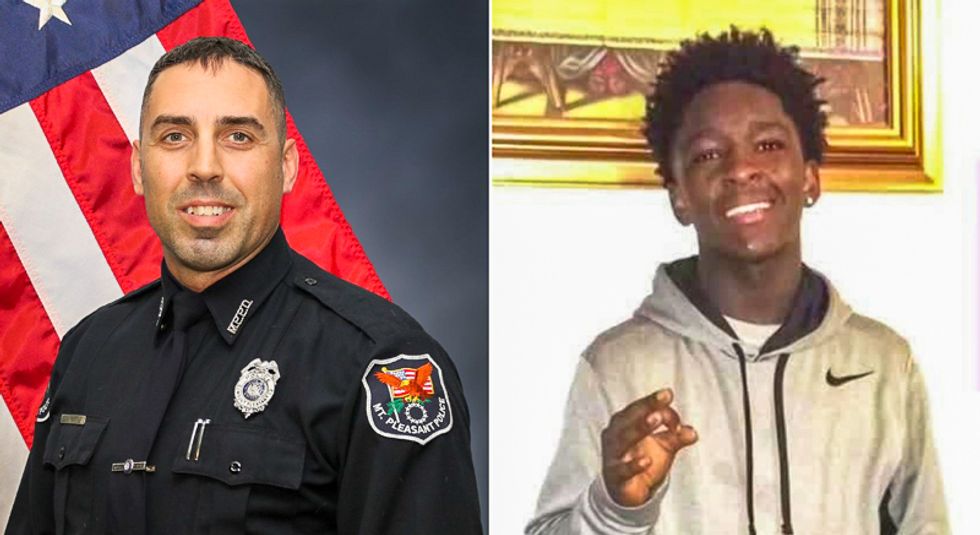 A Wisconsin police officer will not face charges after he chased and killed a black man who did not have a bicycle light.

According to WITI, Police Sgt. Eric Giese of Mount Pleasant will not be charged in the killing of 18-year-old Ty'Rese West.

Racine County District Attorney Patricia Hanson said that she determined that Giese actions "fall under the privilege of self-defense."

Hanson explained her findings in a 23-page report.

The incident occurred after 1:30 a.m. on June 15 when Giese spotted West riding his bike without headlight, which is required after dark.

West reportedly refused to pull over and increased speed instead. A foot chase ensued after West dropped his bike and started to run. Giese said that he deployed his Taser but the prongs were not long enough to reach the suspect.

The report found that Giese failed to activate his body camera.

"Officer involved shootings are extremely tragic, and the aftermath is difficult to navigate for the community and law enforcement alike," Mount Pleasant Police Chief Matthew Soens said in a statement. "We offer our condolences to the West family and for all those who are mourning his loss."

"With the district attorney’s decision now final, and our own internal investigation near completion, Sergeant Giese is expected to return to unrestricted full-duty status to resume his assigned responsibilities,' Soans revealed.

"The family is disappointed, but not surprised by District Attorney Hanson's decision," the statement said. "The family will continue to fight for justice and answers to the tragic and unjustified death of Ty'Rese.”

Watch the video below from WITI.