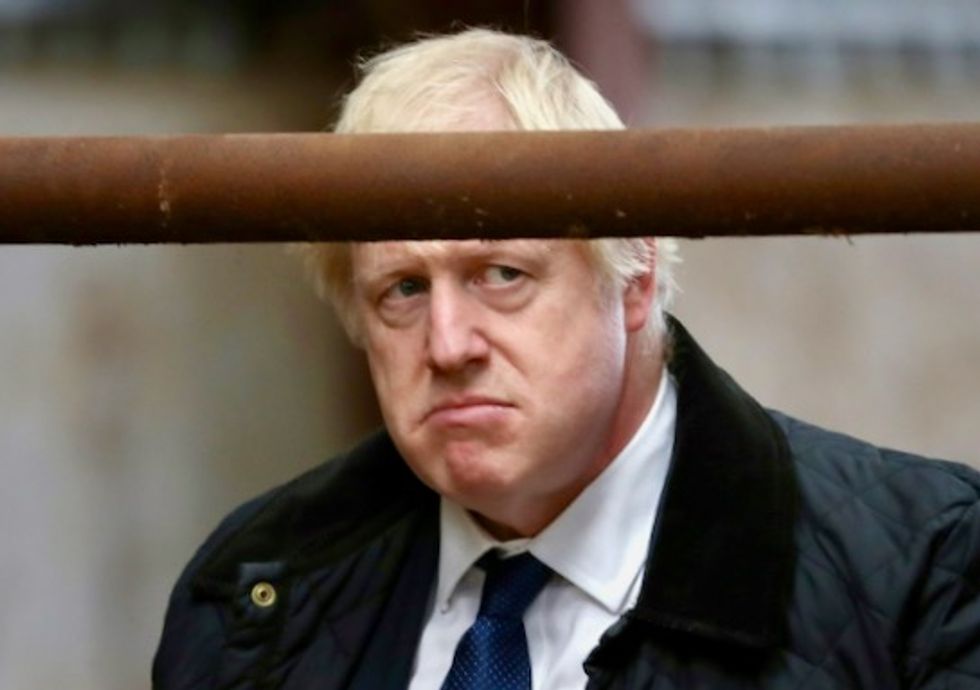 UK Prime Minister Boris Johnson faced an angry backlash from across the political spectrum on Thursday following a series of angry exchanges in parliament over Brexit.

Tensions boiled over on Wednesday when Johnson went on the offensive after MPs returned to work following a Supreme Court ruling calling parliament suspension unlawful.

He refused to apologise and repeatedly slammed parliament for passing a "surrender act" requiring him to seek a Brexit delay past the October 31 deadline if he fails to reach an exit agreement with the EU.

Britain has been bitterly divided over the issue ever since the 2016 EU referendum campaign and the government has delayed Brexit twice because parliament has failed to approve its draft deal with EU leaders.

The real uproar on Wednesday came when Johnson said the best way to honour Jo Cox -- an anti-Brexit Labour MP who was fatally shot and stabbed by a Nazi sympathiser during the referendum campaign -- would be "to get Brexit done".

"Feel a bit sick at Jo's name being used this way," her husband Brendan tweeted.

"The best way to honour Jo is for all of us (no matter our views) to stand up for what we believe in... but never to demonise the other side."

Opposition Labour Party leader Jeremy Corbyn accused Johnson of using language that was "indistinguishable from (that of) the far right".

Even some members of Johnson's Conservatives appeared taken aback.

"At a time of strong feelings we all need to remind ourselves of the effect of everything we say on those watching," Culture and Media Minister Nicky Morgan said.

And Jacob Rees-Mogg -- a strong Brexit and Johnson supporter who represents the government in parliament -- noted that everyone "had a responsibility to be mild in our language".

Parliamentary speaker John Bercow said the atmosphere in parliament was "toxic" and announced a special debate later on Thursday on the language used by MPs.

UK PARLIAMENT/AFP / JESSICA TAYLORDecrying the atmosphere in parliament as "toxic," speaker John Bercow urged lawmakers to ensure they "treat each other as opponents, not as enemies"

"Treat each other as opponents, not as enemies," Bercow said.

Security has been stepped up around a number of MPs who reported receiving death threats over their Brexit positions online.

Johnson was due to meet Thursday with his party's policy makers as he plots strategy over the crisis with just a month to go before Britain is due to leave the EU.

He was expected to try to pass a motion allowing parliament to be suspended for three days next week during the Conservatives' annual conference.

The House of Commons traditionally does not sit on party conference days.

But the opposition argues that the rules should be changed this time around to let MPs handle Brexit, which could mean the party conference has to be cancelled or shortened.

Johnson has said he is aiming to reach a deal with Brussels ahead of October 31 but is ready to take Britain out of the EU without a deal if necessary.

He has called for an election to resolve the current impasse with MPs, who have rejected the current version of the deal struck by his predecessor Theresa May last year.

The opposition warns a no-deal Brexit would be highly disruptive for Britain's economy and have said Johnson should first delay Brexit before an election is held.

The EU says it has not received any comprehensive proposals from Britain for a new deal.

The EU's chief Brexit negotiator Michel Barnier told reporters: "We are still ready to work on any legal and operational proposal with the UK".

"We are still waiting," he said.