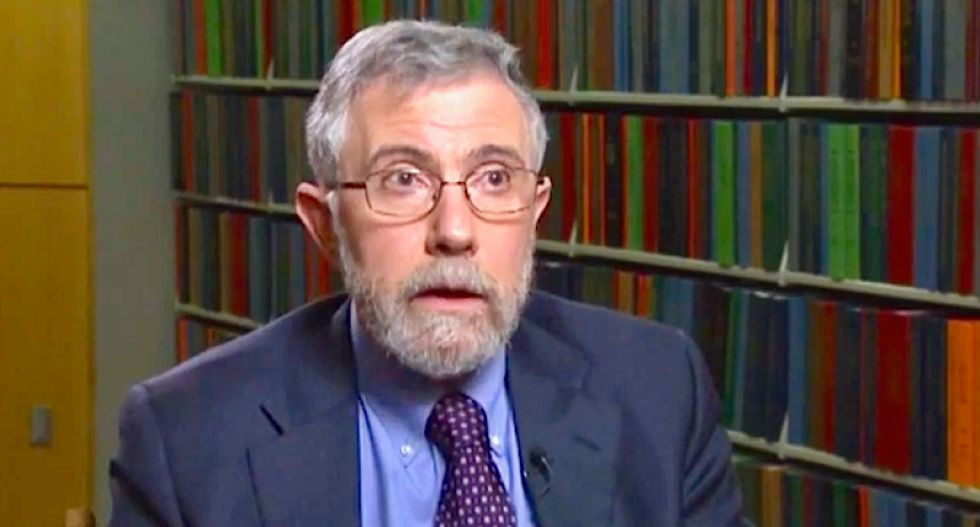 Democracies don’t necessarily cease to be democracies because of violent coups. In some cases, authoritarians are voted into office. And veteran New York Times columnist Paul Krugman, in a September 9 piece, cites the United States as one of the countries where democracy is being undermined.

Krugman opens his column by discussing the Steven Levitsky/Daniel Ziblatt book “How Democracies Die” and some of the countries in which authoritarians were voted into office — for example, Turkey under Recep Tayyip Erdogan, Russia under Vladimir Putin and Hungary under Viktor Orban.

“Bit by bit,” Krugman explains, “the guardrails of democracy were torn down, as institutions meant to serve the public became tools of the ruling party — then were weaponized to punish and intimidate that party’s opponents. On paper, these countries are still democracies; in practice, they have become one-party regimes.”

Turning his attention to the U.S. under the Trump Administration, Krugman discusses some of the things he finds troubling — including the Sharpiegate fiasco, which found President Donald Trump incorrectly reporting that Alabama was in the path of Hurricane Dorian.

“At first, Sharpiegate, Donald Trump’s inability to admit that he misstated a weather projection by claiming that Alabama was at risk from Hurricane Dorian, was kind of funny — even though it was also scary,” Krugman asserts. “It’s not reassuring when the president of the United States can’t face reality. But it stopped being any kind of joke on Friday, when the National Oceanic and Atmospheric Administration issued a statement falsely backing up Trump’s claim that it had warned about an Alabama threat.”

“Sharpiegate” is “frightening,” Krugman stresses, because it shows that “even the leadership of NOAA, which should be the most technical and apolitical of agencies, is now so subservient to Trump that it’s willing not just to overrule its own experts, but to lie simply to avoid a bit of presidential embarrassment.”

Krugman goes on to warn against “the Justice Department’s decision to investigate automakers for the crime of trying to act responsibly.”

The columnist is referring to automakers’ moreless complying with Obama-era environmental standards in the Trump era and basing “their business plans on the assumption that fuel efficiency standards will indeed rise.” The Trump Justice Department, according to the Wall Street Journal, is considering an antitrust action against those companies — which Krugman views as “an attempt at weaponizing antitrust actions, turning them into a tool of intimidation” and “clear evidence that the Justice Department has been thoroughly corrupted. In less than three years, it has been transformed from an agency that tries to enforce the law to an organization dedicated to punishing Trump’s opponents.”

Krugman wraps up his column by noting the ways in which authoritarians strangle democracy gradually. Such authoritarians, Krugman writes, “use their control over the machinery of government to make life difficult for anyone considered disloyal, until effective opposition withers away. And it’s happening here as we speak. If you aren’t worried about the future of American democracy, you aren’t paying attention.”