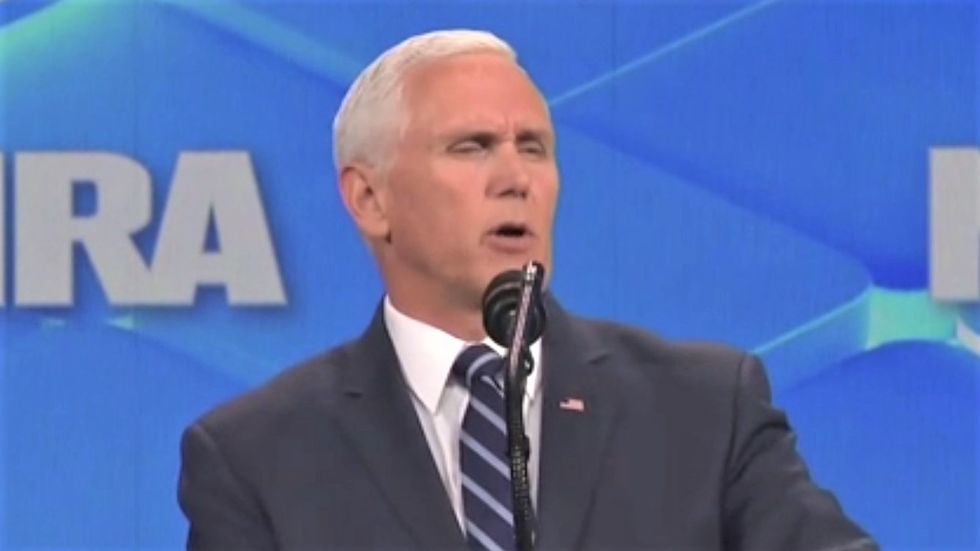 Vice President Mike Pence and Secretary of State Mike Pompeo are both scheduled this week to headline an event at President Donald Trump's hotel in Washington, D.C. that stands to make money for the president's personal business.

The Washington Post reports that both of the top Trump administration officials will be speaking at a Concerned Women for America to be held at Trump's D.C. hotel.

The Trump Organization refused to give the Post details about how much money the events will bring in for the hotel, but the paper notes that "similar events in the hotel’s ballrooms have cost in the tens of thousands of dollars." Additionally, the Post has found that tickets for the event were being sold starting at $99 a piece.

Toni DeLancey, the chief of staff for Concerned Women for America, defended her organization's decision to hold its event at the president's hotel, and she praised it for having "outstanding service" and "the best accommodations Washington, D.C. has to offer."

The speech at the Trump hotel comes as accusations about the president using his office to enrich his personal businesses continue to pile up. Among other things, Trump has come under heavy criticism for publicly lobbying to have his golf resort in Doral, Florida be the sight of next year's G7 summit.