'Please give me the audacity of a mediocre white man': Editor unleashes on Justice Brett Kavanaugh 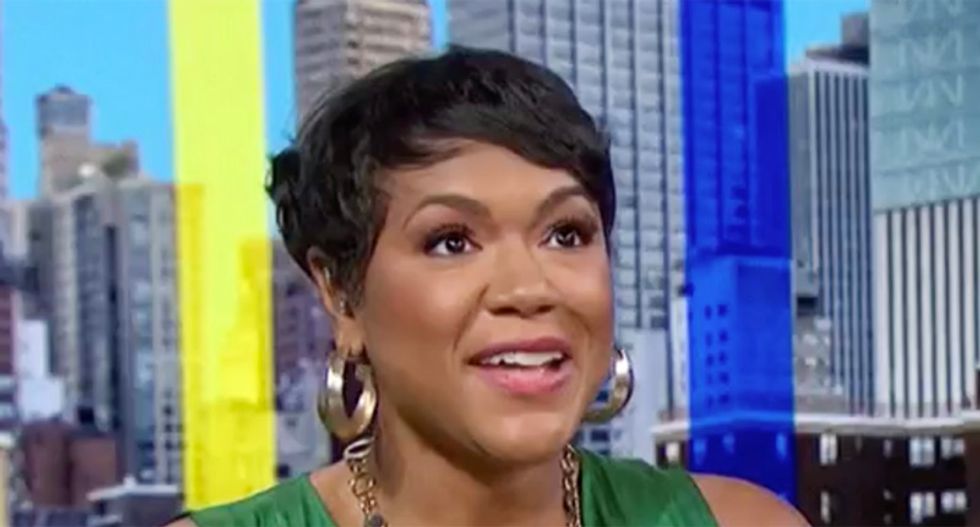 Managing Editor Tiffany Cross, who co-founded The Beat DC, unleashed on the most recent Supreme Court Justice to be outed for sexual misconduct.

Max Stier, a classmate of Justice Brett Kavanaugh came out with another story of the justice forcing his naked penis into the hand of a woman. The FBI was supposed to do a full investigation into Kavanaugh, and Stier gave them the information. Somehow, however, the investigation either wasn't completed, wasn't revealed or was ignored, because none of the information revealed was released.

Cross said that there are some who normally would have said, "man if only we knew about these allegations during the confirmation hearing." The problem, of course, is that it was known, Cross explained. It was simply ignored by Republicans in the majority. Sen. Susan Collins (R-ME) is an excellent example of a pro-choice, pro-woman senator who claimed she trusted Kavanaugh. She's suffered the consequences from her home-state in wake of the vote. In the past four years, she has dropped from being the most favored senator in the country to among the least.

Cross recalled Sen. Kamala Harris (D-CA) asking Kavanaugh about any discussions he'd had about President Donald Trump's legal cases and his confusion and lack of an ability to respond.

"I know a liar when I see one," she said. "You know, somebody please give me the audacity of a mediocre white man."