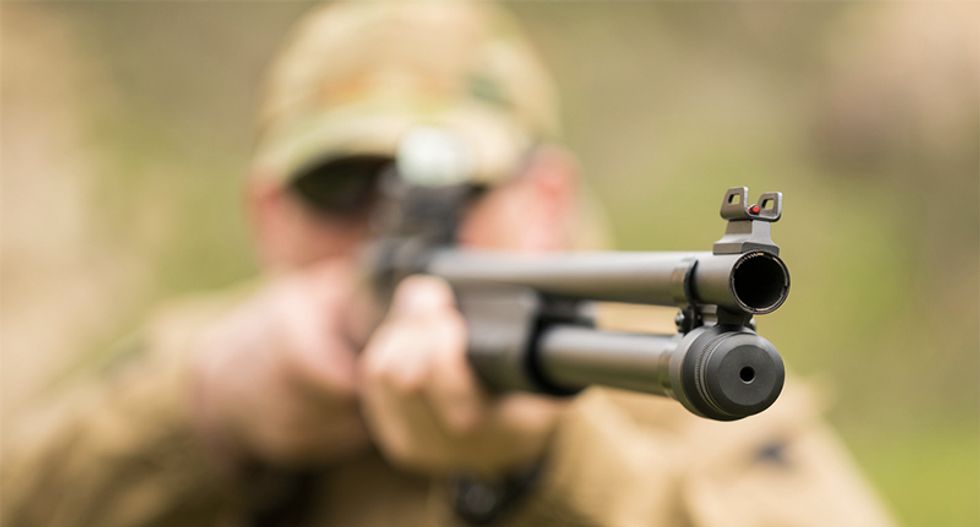 The Odessa, Texas mass shooter was accused of threatening his neighbor last month with a rifle.

According to a CNN report, Veronica Alonzo said that the 36-year-old gunman, who killed seven people and injured 22, would frequently shoot out of a structure on top of his house.

The shooter was angry with Alonzo for putting her trash in one of his dumpsters. He threatened her with his rifle, she said.

She explained that he would often shoot at animals in his yard and retrieve them after they were dead.

Last month, however, she was forced to call the police, out of fear. She said that because the location doesn't show up on GPS, police never responded.

According to Alonzo, the shooter's home didn't have any running water or electricity, and he could be seen over the winter sitting inside his Toyota Camry with the heat on to keep warm.

This isn't the first time a mass shooter has exhibited dangerous behavior that police ignored. The shooter in Parkland, Florida, showed signs of violence and frequently shot his weapon in his backyard. Neighbors were similarly concerned and complained to police in that case as well.

Read the ongoing coverage of the latest mass shooting at CNN.