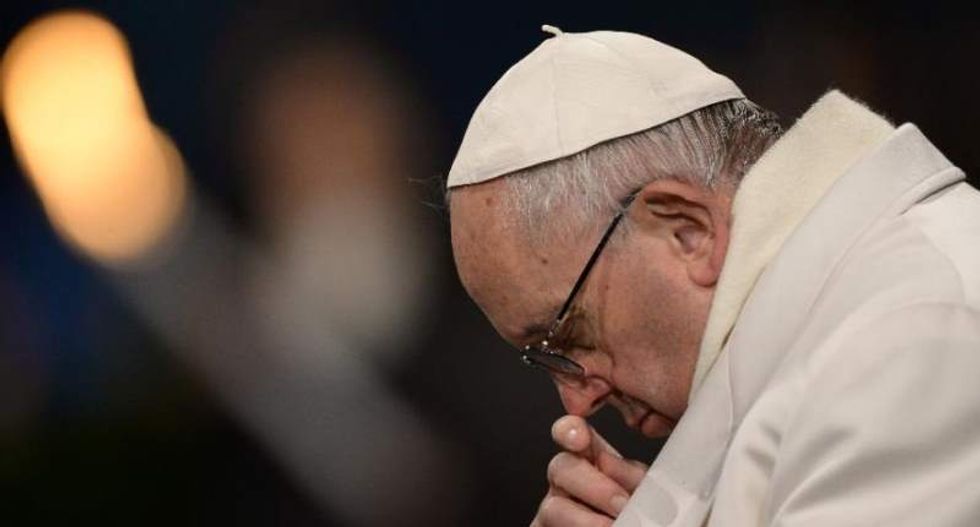 Pope Francis on Friday again spoke out against assisted suicide and euthanasia, days before a top Italian court is to examine the thorny question in the largely Roman Catholic country.

"We can and we must reject the temptation, which is also favored by legislative changes, to use medicine to satisfy a sick person's possible wish to die," the pope told a delegation from the Italian Doctors Order.

Italy's Constitutional Court has called a session for Tuesday to reexamine the question of potentially legalising assisted suicide, without mentioning euthanasia.

The court last October gave parliament a year to fill a legal void on the question, but MPs have not done so.

A new government was sworn in last week after a month of political chaos and debating assisted suicide is not one of its priorities.

The court was asked to weigh in on the case of Fabiano Antoniani, aka DJ Fabo, a music producer, traveller and motocross driver left tetraplegic and blind by a 2014 traffic accident.

Marco Cappato, a member of Italy's Radical Party, drove Antoniani to Switzerland in February 2017 where he was helped to die, aged 40.

Cappato then turned himself in to Italian authorities after his "act of civil disobedience" to highlight what he saw as an unjust law.

"I feel like I'm in a cage. I would like to choose to die without suffering," Antoniani had written to Italian President Sergio Mattarella before his death in Switzerland.

A Milan court is trying Capatto on the charge of "instigating or assisting suicide", but asked the Constitutional Court to clarify the current law.

The high court, which has no legislative power, is unlikely to rule on the matter when it sits on Tuesday, but could refer the question to parliament again.