'Psychotic' Trump's ego is 'so frail' and he's so far 'in over his head' on #SharpieGate: Conservative 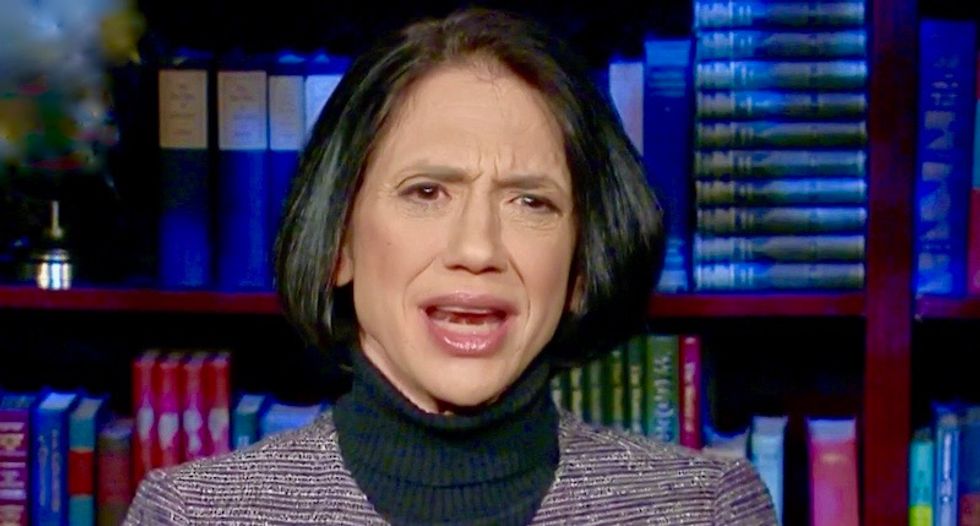 Conservative Washington Post columnist Jennifer Rubin said that President Donald Trump is so clearly in over his head on Hurricane Dorian that he's flailing about a mistake he made in a tweet over the weekend.

The president incorrectly tweeted that the hurricane was headed toward Alabama, which was an outdated projection from days prior. Trump has since tripled down on the fact that the forecast did say the storm was going to hit Alabama at one point last week, four days prior to his tweet. Trump also said that he was getting hourly updates on the storm over the weekend.

"It’s because he is so frail of ego these days and so over his head that he cannot tolerate even minimal criticism," said Rubin. "Even when it’s so blatant, so irreversible, he can’t stand to be in the wrong. And so he goes to these elaborate hoops to make it seem he was right all along. Of course, had he done nothing this would have passed days ago. But he keeps going back to it in this rather psychotic fashion, frankly, trying to convince us that white is black, black is white, up is down, down is up."

She explained that this is where Trump is emotionally when he should be focused on the millions of Americans in the path of a hurricane that has already leveled parts of the Bahamas.

"This is where he is, I think, emotionally and mentally, and it’s disturbing on a bunch of levels," Rubin continued. "First of all, gosh, the reporting that’s being done out of these areas is much more responsible and informative than the president of the United States who presumably has the best information around."

She said that Trump is now harming rescue efforts with his Alabama tweets, forcing people to disregard whatever he says because it is unreliable.

"God forbid they should start disregarding people who really know what they’re talking about," Rubin feared. "But it does speak to something larger, which is he does seem to be losing his grip on reality whether it’s this, whether it’s China paying for the tariffs, which they don’t pay for, whether it’s a zillion other things, he is just disconnected from reality. And I think it has gotten worse. People say 'Oh, he’s always been this way.' Perhaps he was just bitter but I think this is really an increase in the speed, the ferocity by which he tries to correct errors that are not correctable."

She went on to ask where Trump's staff and officials were to intervene and get Trump off the topic to report accurate information. She thinks it is long past time for someone to step in, but concluded they're far too inept to do it.