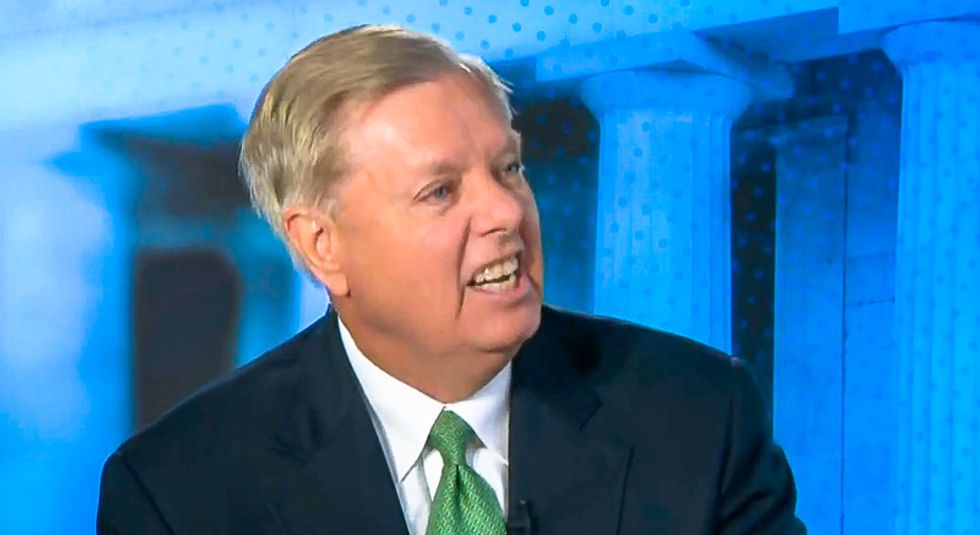 In an interview on CBS News, Graham insisted he had "zero problems" with Trump's phone call asking Ukraine's president to fabricate an investigation into Joe Biden and his son.

"I just told you I have zero problems with this phone call," he told host Margaret Brennan. "There is no quid pro quo here but I have a problem against Nancy Pelosi, if you believe that Donald Trump did something to hurt this country, you owe it to vote not talk about impeaching the president."

According to Graham, Democrats are "hiding behind" House Speaker Nancy Pelosi and are "afraid" to vote on impeachment.

"Every American deserves to confront their accuser so this is a sham, as far as I am concerned!" he charged. "I want to know who told the whistleblower about the phone call."

"The complaint sounds like a legal document," Graham insisted. "Who helped this guy write it or this girl write it. We are not going to try the president of the United States based on hearsay. Every American has the right to confront their accuser."