Rep. Clyburn says the Bill of Rights couldn't even pass 'if it was put before the public today' 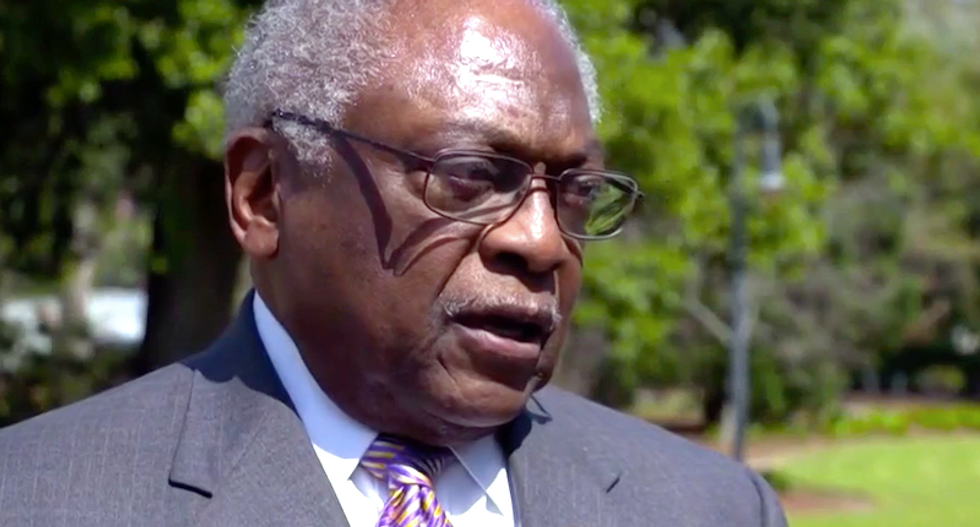 House Majority Whip Jim Clyburn (D-SC) said during a discussion on MSNBC that he doesn't believe even this Republican Party would be willing to pass the first ten amendments of the Constitution.

During a discussion Sunday, Clyburn was talking about the crime bill passed in the 1990s that had the consequence of a greater number of people of color being put in prison. He explained that it was after the crime bill that Democrats lost power in the 1990s and that Republicans repealed the good pieces of the crime bill. The Violence Against Women Act was a piece of the bill that required reauthorization over time. Republicans still have not voted to reauthorize it.

Sen. Elizabeth Warren (D-MA) said that the entire crime bill should be scrapped, and they should start over. Clyburn said that it isn't the way making laws work in the United States. He said that you pass a large-landmark law and then go back and amend it to make it work better.

"I admire Sen. Warren a whole lot," Clyburn said. "I did not agree with pulling things up by the root. You go and try to build upon what you have done. I really believe sincerely the climate they were in today, if the Bill of Rights, the first ten amendments of the United States Constitution were put before the public today, I’m not too sure that we will hold on to the Bill of Rights, especially when I see what people are doing with the Second Amendment and no telling what they would do with the First Amendment."