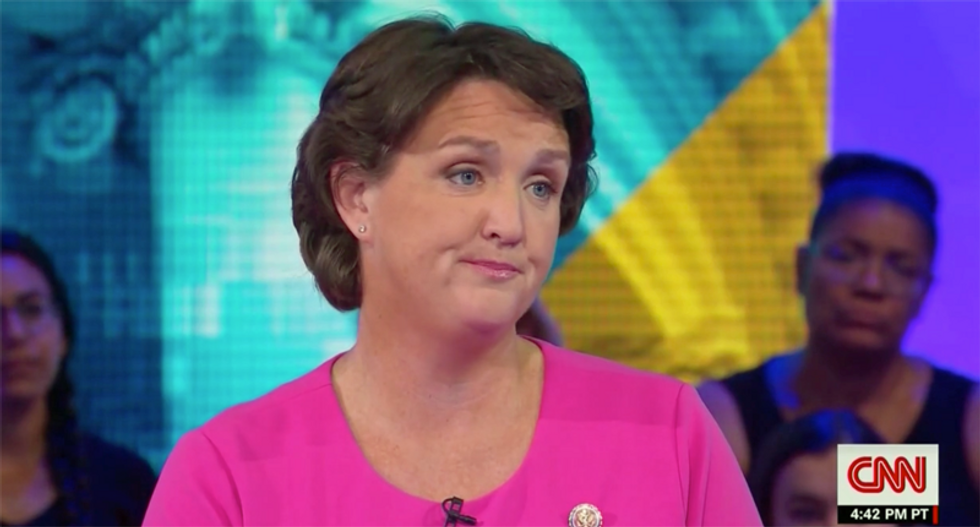 The first single mother with young children to serve in Congress explained little-known details of how Congress is designed for its members to be rich during an appearance on CNN on Saturday.

Van Jones interviewed Rep. Katie Porter (D-CA), who became the first Democrat to represent her Orange County district in Congress and is viewed as a rising star after video clips of her incisive questioning in hearings have repeatedly gone viral online.

The host noted Porter has spoken about her colleagues being "shocked" to hear about the cost of childcare.

"I think this is one of the most surprising things for me is, I think I understood I was being elected to a position of privilege and of power and responsibility. I think I didn’t understand the extent to which Congress is kind of set up for -- and run by -- the wealthy," Porter replied.

"And I’m certainly not at the bottom of the economic spectrum, I have a good job as a professor," the tenured University of California, Irvine School of Law professor noted. "Like I’m very, very fortunate and very conscious of that. But some of the things that I’m told really reveal what a privileged institution it is."

"When I was looking for a district office, I said well, you know, how do I pay a security deposit? They said we don’t provide funds for a security deposit,” she revealed. “And they said use your 'personal funds.'"

"And so, like the healthcare, we start the job January 3, our health care as members doesn’t start until February 1st. So, I said well how do my children and I have insurance -- as I’m ethically prohibited from working in another job -- how do my kids and I have health insurance in that period? They said go on your husband’s. And I said I don’t have a husband. And then the answer again was 'personal funds,'" she said.

"This economic diversity is very important. And I have a bill I’m excited about, that I believe is going to have bipartisan support, called the Help America Run Act. And what it does is allow candidates to use campaign donations to pay for health insurance premiums and childcare costs, so we can continue to diversify the voices representing the diversity of the American people," she said, to applause from the studio audience.