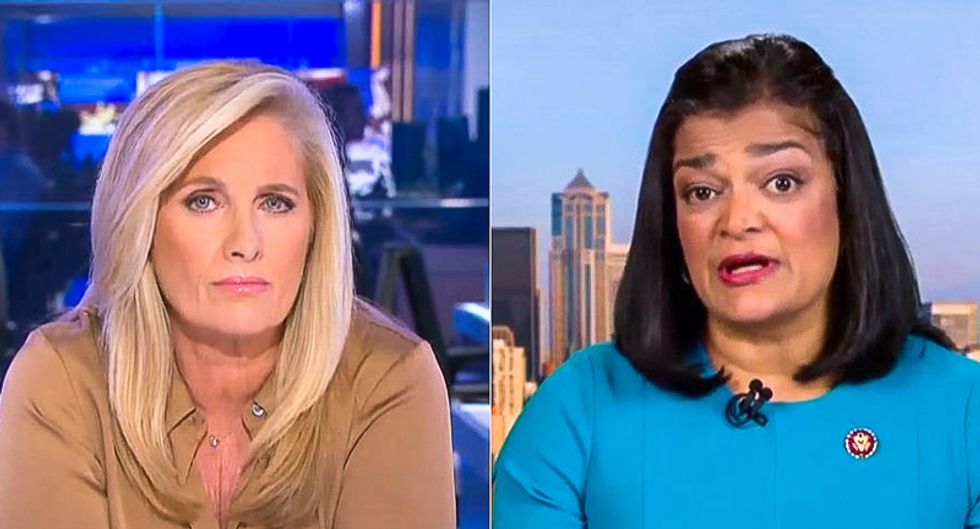 Rep. Pramila Jayapal (D-WA) explained in a Sunday interview on MSNBC that President Donald Trump is the only "smoking gun" that Democrats need to begin an impeachment inquiry.

Jayapal told MSNBC host Alex Witt that Trump and his henchman are trying to smear the reputation of a whistleblower who outed the president's attempts to get Ukraine to manufacture dirt on Joe Biden.

"We protect whistleblowers," she said. "For Stephen Miller and Donald Trump to somehow imply that this whistleblower is a spy and deserves the same treatment as somebody who has committed treason -- by the way, it used to be execution -- and it is just outrageous."

Witt noted that opponents of impeachment claim that the whistleblower's complaint is "based on hearsay."

"I would point out," Jayapal replied. "We should not be trying to find a secret smoking gun. Donald Trump is the smoking gun. He admitted exactly what he did, and everything that is described in the call record in the whistleblower complaint backs up what he said."

Watch the interview below from MSNBC.