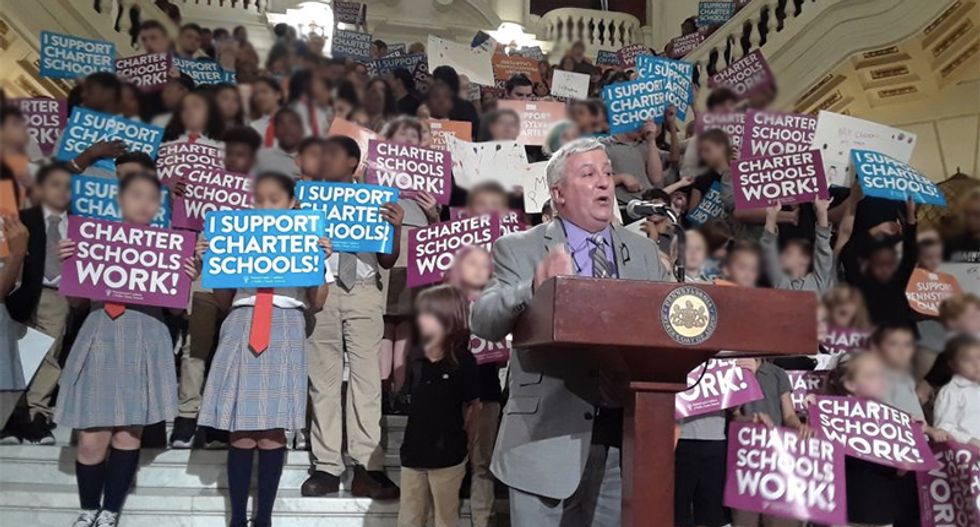 According to a release from Pennsylvania Attorney General Josh Shapiro, Republican state Sen. Michael Folmer has been arrested and charged with possession of child pornography.

The release said that the investigation began as the result of a CyberTip about Tumblr discovering that a user had uploaded child pornography onto their site. It ultimately led to the home of Folmer in Lebanon, PA. A search warrant yielded images on Folmer's phone.

He was ultimately charged Tuesday evening with Sexual Abuse of Children, Possession of Child Pornography, and Criminal Use of a Communication Facility.

“This defendant serves as a state Senator and was entrusted to honor and represent his community in the Pennsylvania Capitol,” said Shapiro in a statement. “Tonight, our Office arrested Mr. Folmer for possession of child pornography and charged him with Sexual Abuse of Children, Possession of Child Pornography, and Criminal Use of a Communication Facility. I will continue to say it—no one is above the law, no matter what position of power they hold. I will continue to work to protect children and hold those who abuse them accountable.”