Rick Scott insists Trump is on top of the hurricane: 'He played golf yesterday and got updates' 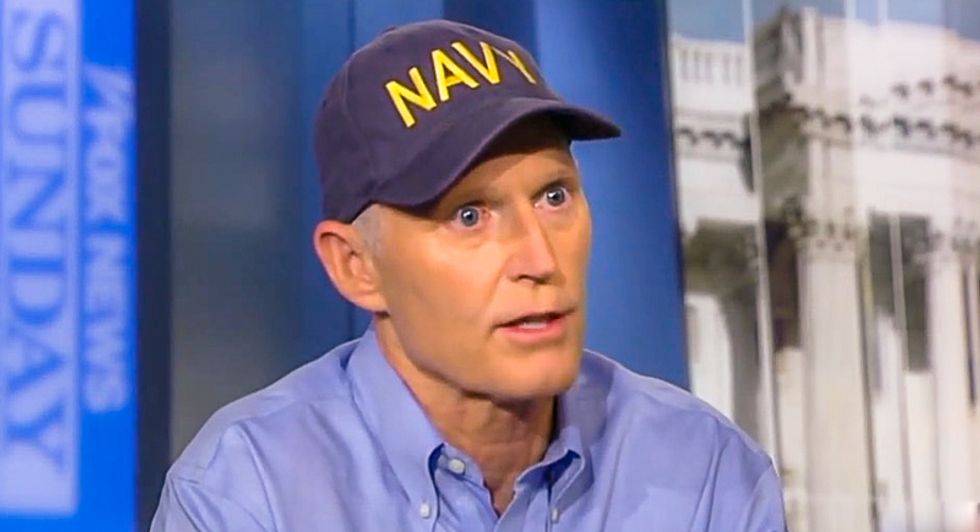 President Donald Trump is monitoring Hurricane Dorian while he plays golf at Camp David, according to Florida Sen. Rick Scott (R), whose state is expected to be hit by the storm.

"You were at Camp David," Fox News host Chris Wallace noted during an interview with Scott on Sunday. "How involved is the president, how often is he getting updates?"

The president has also tweeted about the storm, which could batter his Mar-a-Lago resort.