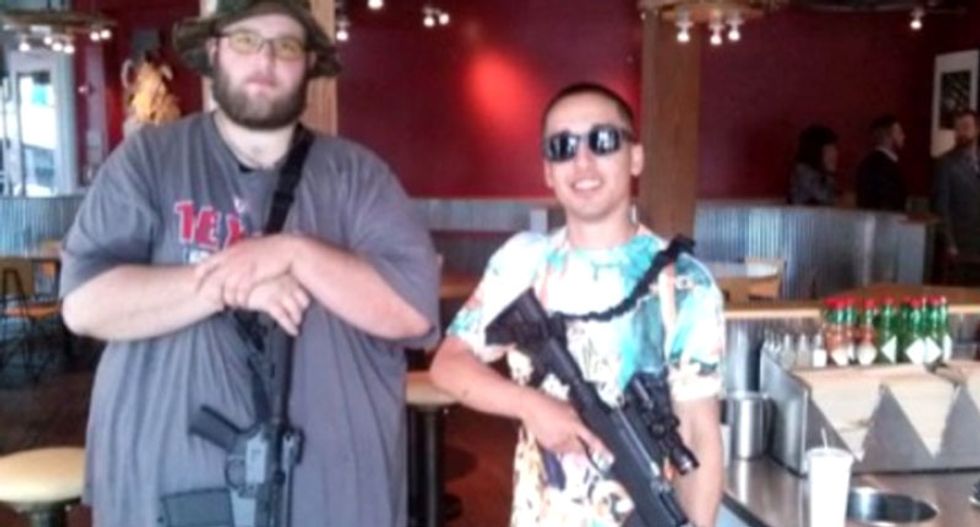 Open carry activists during a Chipotle event in Texas (Facebook)

By Thursday, Walgreens and CVS pharmacies, and Kroger and Wegmans supermarkets announced they too were asking customers to no longer enter their stores openly-carrying guns, according to the Executive Director of Guns Down America.

#TheWalmartEffect Since @Walmart announced it was ending open carry in its stores on Tuesday... @kroger… https://t.co/hxajdRRKKM
— igorvolsky (@igorvolsky)1567709932.0

Just hours earlier the founder of Moms Demand Action had posted a list of some stores that have previously adopted the gun safety policy. Wegmans and CVS quickly moved to join the list: