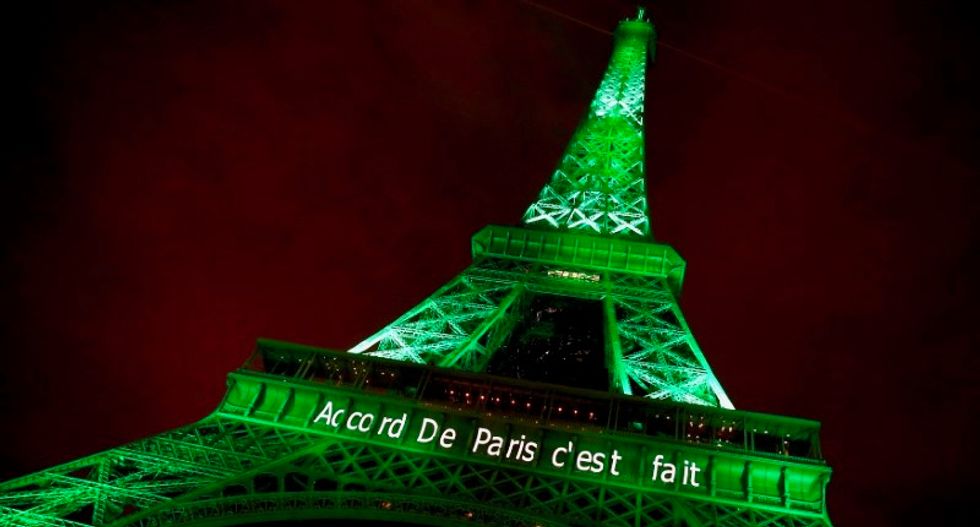 Russia's prime minister on Monday gave formal support to the Paris climate agreement and ordered Russian laws to be adapted to its obligations, according to a decree posted on the government's website.

The document signed by Prime Minister Dmitry Medvedev says that Russia is formally adopting the 2015 Paris agreement and will now "allocate financial resources... to developing countries for prevention and adaptation to climate change."

While not formally named a "ratification," the government said in a statement that the decree signifies Russia's adoption of the agreement and "Russia's consent to the obligations under the Paris Agreement".

A government source told AFP that the document is the "last step in the procedure of Russia's adoption of the Paris agreement".

Presenting his decree at a government meeting, Medvedev said that it is important for Russia to participate in the process of reducing emissions.

"The threat of climate change is (the) destruction of the ecological balance, increased risks for successful development of key industries... and most importantly, threat to safety of people living on permafrost and increase of natural disasters."

The news comes just hours ahead of a new major UN climate summit, aimed to reinvigorate the faltering Paris accord as mankind is releasing more greenhouse gases than ever into the atmosphere.

One of the world's key energy producers, Russia has remained one of the largest economies and polluters that signed but failed to ratify the accord.

Greenpeace Russia in a statement welcomed the decision.

"Russia's actions have great significance: our country has a huge potential to cut down on greenhouse gas emissions," the environmental organization said in a statement.