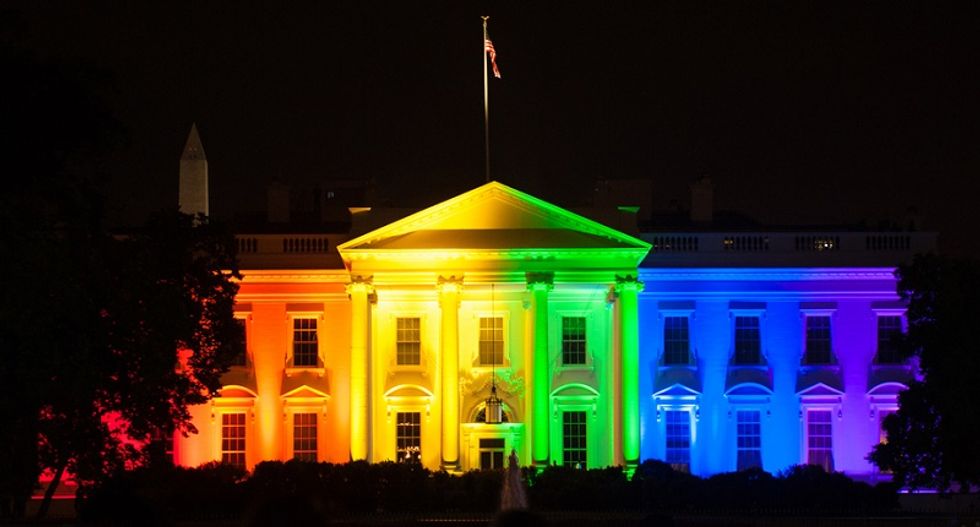 Six of the top ten Democratic presidential candidates have signed on to appear in a town hall focused on "issues of importance to the LGBTQ community." The October 10 event will be hosted by CNN and the Human Rights Campaign.

"The evening will constitute the largest-ever audience for a Democratic presidential town hall devoted to lesbian, gay, bisexual, transgender and queer (LGBTQ) issues and will mark the first time in history that a major cable news network will air a presidential event devoted to issues of importance to the LGBTQ community," HRC says in a press release.

Related: 114 Times Trump Threw the LGBTQ Community Under the Bus

"Over the last two years," HRC adds, "the Trump-Pence Administration has rescinded key protections for transgender students, appointed two new conservative justices to the Supreme Court, banned transgender troops from serving openly in the military, and has repeatedly sought to allow discrimination against LGBTQ people in healthcare, housing, public accommodations and other aspects of life under the guise of 'religious freedom.' Despite campaigning on a promise to be a 'friend' to the LGBTQ community, President Trump designated Mike Pence as his vice president, and has refused to advance bipartisan federal civil rights legislation -- the Equality Act -- which overwhelmingly passed through the U.S. House of Representatives this spring."

For a look at the Trump administration's attacks on the LGBTQ community, see NCRM's archives.

Image by GPA Photo Archive via Flickr and a CC license