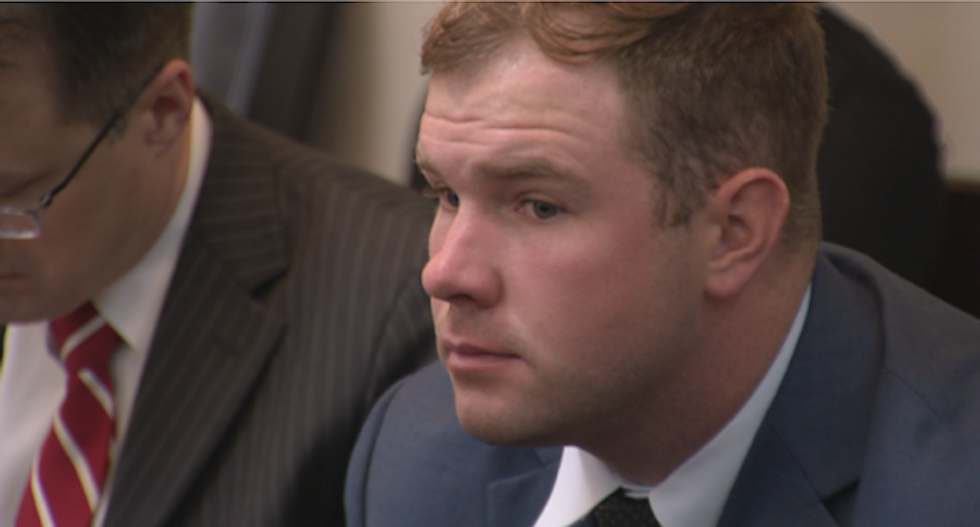 A 25-year-old NYPD cop who broke into a home in Nashville while on vacation and screamed racial expletives at a black family pled no contest to aggravated criminal trespassing and three counts of assault, reports the Tennessean.

Michael Reynolds was staying at an Airbnb next door to Conese Halliburton and her sons. At 2:30 am, he broke into the home--drunk--and proceeded to stomp around from room to room threatening the family.

"He made it past the first bedroom, down the hall to like two more bedrooms and the only thing that stopped him was my sons. So it was scary," Halliburton said.

Halliburton is represented by Nashville attorney Daniel Horwitz, who said Reynolds should be fired from the New York Police Department. "I think he's a racist. I think he is not fit to carry a badge or a gun," Horwitz said. "There's no possible excuse for it. He is tasked with upholding the law rather than violating it."