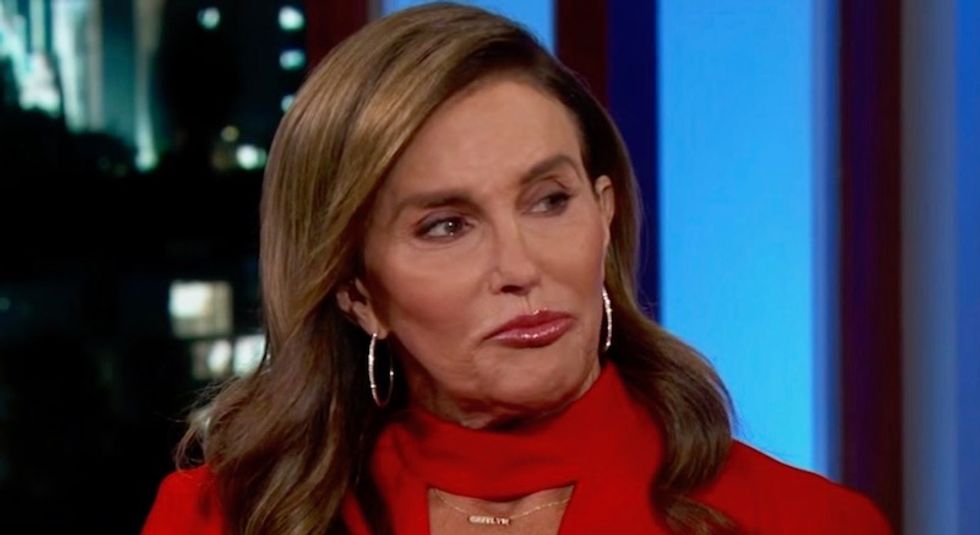 While Jenner admitted in 2018 that she'd made a mistake, she was a big part of those few LGBTQ willing to support Trump in 2016.

"Hey Caitlyn, you godd*mn hypocrite," Redd began. "You're like, against gay marriage, you voted for Trump, you're like the Auntie Tom of the trans community. I mean, OK, you did open the door for trans people but then you ran in and slammed that sh*t shut behind your flat ass."

Redd moved on to Adam Carolla, who he said "tells it like it is if you're also an insecure white supremacist."

Redd mocked comedian Nikki Glaser, who appeared on Dancing with the Stars. Redd said her salsa dancing was so bad it was the worst thing that anyone had done to Puerta Ricans since Trump threw paper towels at them.

Check out his segment below: