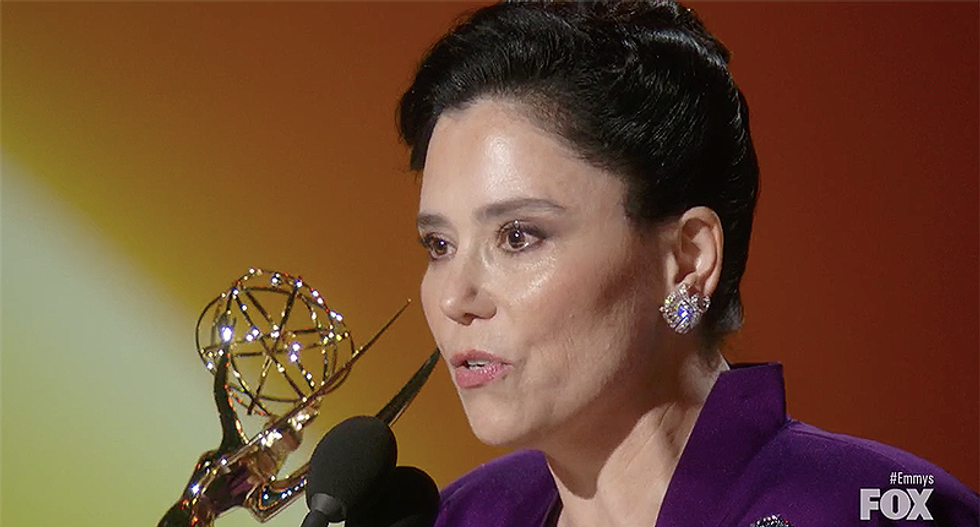 Actress Alex Borstein won the award for a best supporting actress in a comedy series during the 71st Annual Primetime Emmy Awards Sunday. When accepting her award, however, she told a touching story about her grandmother's bravery fighting the Nazis.

After a few quick jokes, Borstein announced that she was dedicating her award to the "strength of a woman."

"To my mother ... to my grandmother," she said. "They are immigrants, they are Holocaust survivors. My grandmother turned to a guard. She was in line to be shot into a pit. She said, 'What happens if I step out of line?' And he said, 'I don't have the heart to shoot you but somebody will,' and she stepped out of line. And for that, I am here and my children are here. So step out of line, ladies, step out of line."

Borstein's character in "The Marvelous Mrs. Maisel" is a kind of comic sherpa to lead Mrs. Maisel to stand-up stardom. While the show is set in the 1950's in a posh New York neighborhood and a traditional Jewish family, Borstein plays a feminist realist ready to take on the male-dominated stand-up scene.