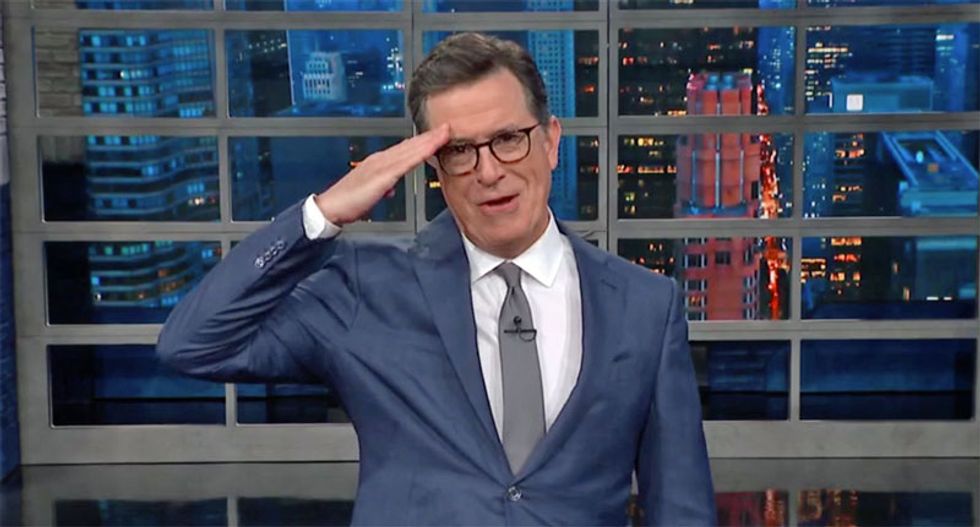 The host of 'The Late Show with Stephen Colbert' (screengrab)

Comedian Stephen Colbert took digs at President Donald Trump and John Bolton, the former National Security Advisor who was ousted from the administration on Tuesday.

The host of the "Late Show" ridiculed both men during his opening monologue on Tuesday.

“I have never been more grateful for the president’s pettiness and stupidity, because today, he was stupidly petty enough to save us from a very smart warmonger, I'm talking about National Security Advisor and last walrus on the beach without a mate John Bolton," Colbert said.

Colbert said it was a bad fit because Bolton kept trying to launch new wars, and impersonated Trump's response.

“And I can’t have that, I’m already in so many wars. I got trade war, cupcake war, I’m in a flame war with Chrissy Teigen, and ‘World War II, what if the Nazis had won?’” he said, in his Trumpian voice.

Colbert also thought it was odd that Trump thought he moderated Bolton's lust for war.

“So Donald Trump is the voice of reason?” Colbert asked.