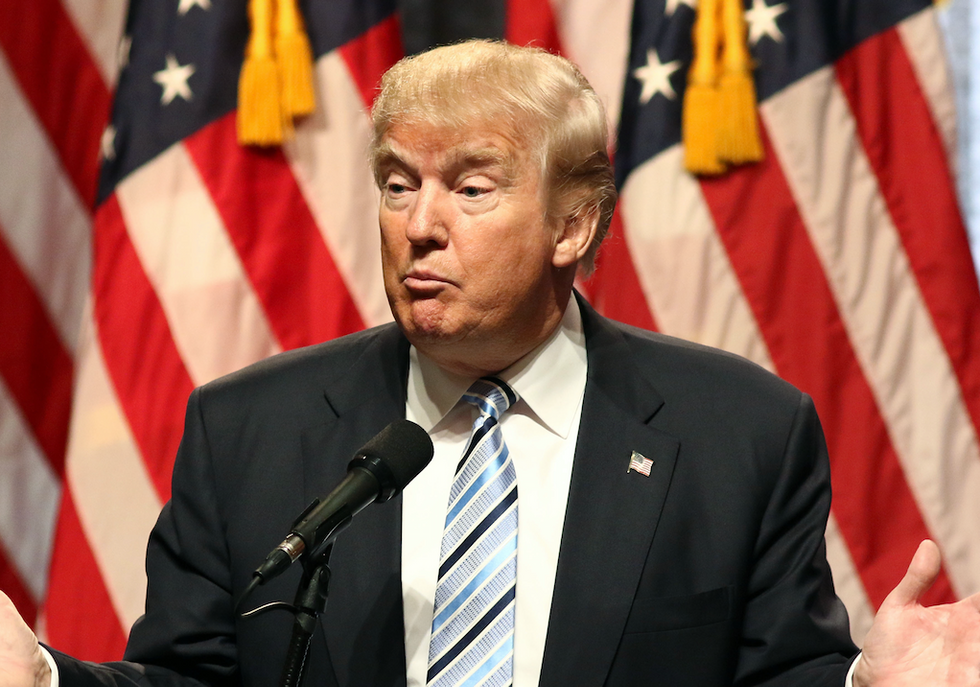 In the wake of the whistleblower allegations against President Trump, some Republicans have hit the ground defending him with a set of key talking points that, according to the Washington Post's Amber Phillips, are easily debunked. She focuses on four main talking points emanating from Republicans in Congress, starting with the claim that there is no "quid pro quo" in the infamous July 25 phone call between Trump and Ukrainian President Volodymyr Zelensky -- a claim she says is "technically true" but ignores the fact that a quid pro quo is clearly implied during the conversation.

"The context surrounding this call would lead any reasonable person to believe that Trump had things to offer the Ukrainian president if he helped Trump out," she writes. Of course, there's the fact that Trump froze military aid to Ukraine days before the call took place. Trump also reportedly dangled a potential White House meeting at Zelensky, which was something the Ukrainian leader wanted for some time.

Then there's the question of the whistleblower's credibility, which was backed up in testimony by the acting director of national intelligence, Joseph Maguire, during his testimony before the House Intelligence Committee this Thursday.

"I believe the whistleblower is operating in good faith and has followed the law," Maguire told Adam Schiff (D-CA).

In one key instance, we have original source material to back up what the whistleblower has alleged. So far, this person nailed the call between Trump and Zelensky. This person correctly reported nuances about how Trump not only asked about the Bidens, but asked Zelensky for help about other election-related topics.

Strengthening the whistleblower's account is the fact that he/she talked to numerous U.S. officials while compiling the complaint, which included multiple sources who were "in the room" with the President during the call.

Finally, there's the narrative that says the allegations against Trump are based on a conspiracy theory disseminated by an anti-Trump media complex. Phillips cites an article from the Washington Examiner that says this exact narrative was given to Republicans by the White House to counter the allegations and to sow distrust in the media.

"The whistleblower does use public events, as reported by journalists, to bolster his or her claims and help paint a picture of a president abusing his power for personal gain. But those news reporters are used to bolster his or her own sources," Phillips writes, adding that press reports are only part of the story.

"...but they’re not the whistleblower’s only story. In addition, broadly speaking, the reporting by The Washington Post and other outlets on the contents of this complaint have proved to be accurate."