The Middle East thinks MBS is itching for a war with Iran -- and Trump is eager to help: analyst 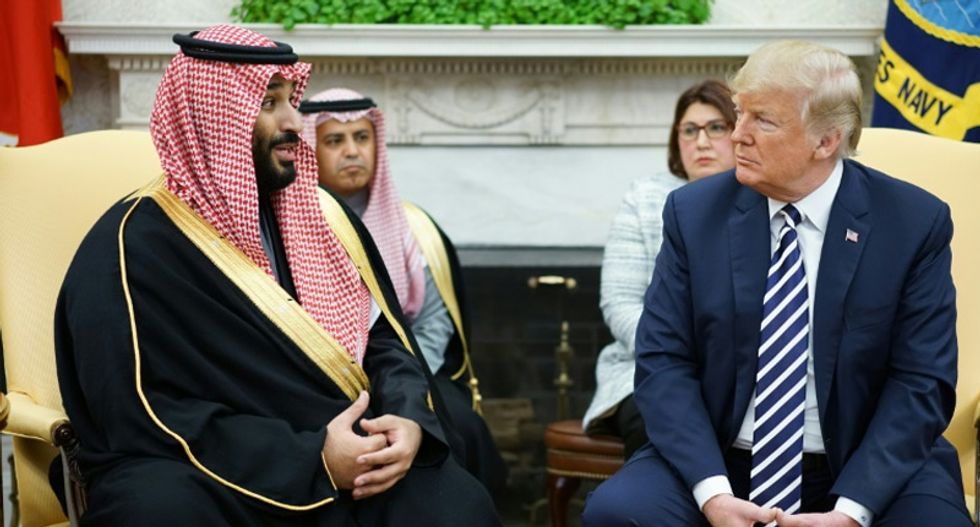 Foreign policy expert revealed in a panel discussion Monday that officials in the Middle East think that Saudi Crown Prince Mohammed bin Salman wants a war with Iran. As a president searching for profits, President Donald Trump is eager to make it happen if he can profit.

From 2011 to 2015, Trump couldn't stop tweeting about President Barack Obama's possible war with Iran and the mistakes Obama was making with the country. Now it seems that Trump has become what he accused Obama of being.

Remember that I predicted a long time ago that President Obama will attack Iran because of his inability to negotiate properly-not skilled!
— Donald J. Trump (@Donald J. Trump) 1384138504.0

Former Obama speechwriter and adviser Ben Rhodes said that corruption is at the heart of the Trump presidency and the wheeling and dealing with the Saudis.

"It doesn’t get the same attention of the domestic issues because we’re all-Americans," he said. But "we should care that we could end up in a war with a Saudi crown Prince who is a murderer, remember, who killed and brutally chopped up a journalist of The Washington Post in another country who wants us to do his bidding. He wants a return on his investment."

Foreign policy analyst Rula Jebreal said that it all goes back to Trump's desperate attempt to make money off of his presidency.

"America’s foreign policy since Donald Trump was elected is about how much cash I can get," she said. "So, he’s selling American’s foreign policy like he’s selling oil crude, apartments, it’s the same thing. Same kind of transaction for him except if you are dealing with murderous thugs like MBS and others. These people are — Mohamed bin Salman’s rule has been an unmitigated disaster. Think of this, four years ago he became defense minister. His signature policy was the war in Yemen. He started bombing to oblivion the poorest country in the Middle East."

She said that if these things don't scare Americans, it should because Trump almost invited the Taliban to the U.S. the week of 9/11.

"So, they exported regime change, the Saudi, to the American system. So, now what we are seeing, a sitting president in the White House who is beholden to the Saudi Crown Prince," she continued. "It was the other way around. They were our client states. Now American, the United States of America is a client to the Middle East. We are doing what they want. We are doing what the dictator who murdered journalists, activists, who torture people who basically send 15 goons to butcher and dismember a journalist, hang from ceilings women’s right activists while pretending to be reformist, we are beholden to this guy."

"There’s rumors around the Middle East that he wants to have an open war with Iran," Jebreal said. "Whatever it takes. That kind of open war will destabilize the world, not only the Middle East. Iraq War will look like a walk."