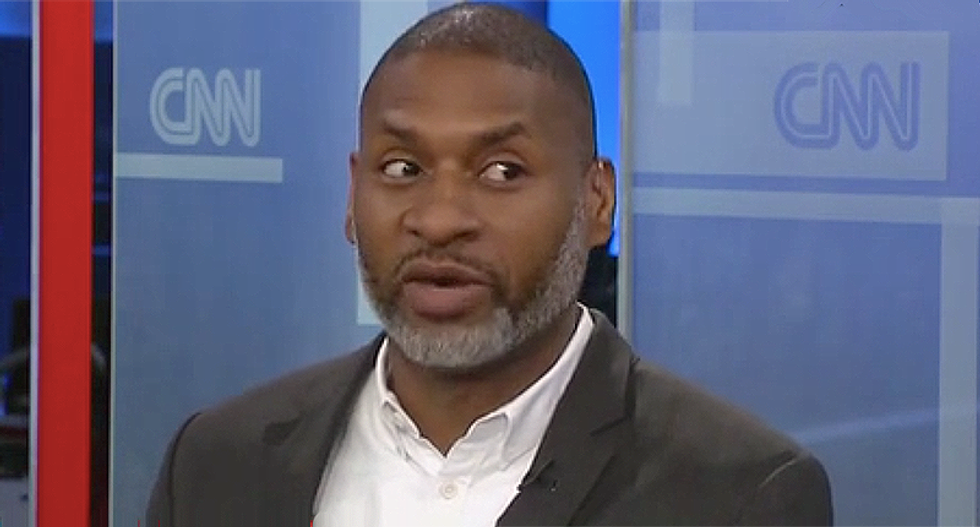 In his Sunday column, New York Times writer Charles Blow argued that Republicans have few options left to redeem themselves in the eyes of historic Americans.

Trump's "own admission and backed up by the quasi-transcript released by the White House and by the whistle-blower complaint, he abused the power of the presidency to enlist a foreign government to help him politically," Blow opened his piece.

This latest scandal of Trump's is certainly different from Robert Mueller's investigation. It's clear and easy to understand. There's not 400 pages to wade through and in the end, Congress is the one doing the investigation.

"No matter how much his defenders squirm — and they certainly are squirming — to justify or diminish that fact, it is nevertheless a fact. He did it," Blow wrote. "Now, they can squabble over whether or not this thing is impeachable, a process over which the founders fretted. That’s Congress’s job. But, the brazen betrayal of his office, the Constitution and the American people is undeniable."

While Congress will investigate, the Senate will cast the decision. They likely won't vote to punish Trump in any way given the Republican leadership, but Blow wrote that they do so at their own peril.

"Now, the decision falls to the Republicans in Congress, in the House but particularly in the Senate: On which side of patriotism will history record them? Will they stand for the Constitution and the rule of law or will they stand for partisanship and political expediency?" he asked.

Given Trump has the GOP's political heads in a vise, "and, Republicans in Washington have not only been absolute cowards about standing up to Trump and holding him accountable, some have been completely unseemly in their obsequious kowtowing," Blow said, before specifically calling out Sen. Lindsey Graham (R-SC).

"But I refuse to believe that the totality of the Republican Party system is corrupt beyond the possibility of contrition, that every single Republican senator would turn their backs on the country," Blow continued. "Call me naïve. Or, call me hopeful for the future of the country. There must be some patriots, at least a handful, in the Republican Party. There must be some who have the courage — the guts! — to stand up for righteousness, to not look like hacks and hypocrites in the annals of history."

It turned him to wonder if the entirety of the GOP would be willing to go down with Trump. They likely will pledge their loyalty right up until the moment they see a public opinion poll that shows them losing their seats.

“Until the very end, Watergate gave Nixon a stature on the right that he had previously lacked. And even after Nixon’s resignation, the right never quite accepted the liberal narrative” of Watergate “as a heroic moment for investigative journalism and a cleansing moment for American politics.”

"The impeachment of Donald Trump offers an opportunity for redemption for Republicans. The only question is how many will seize it," Blow closed.