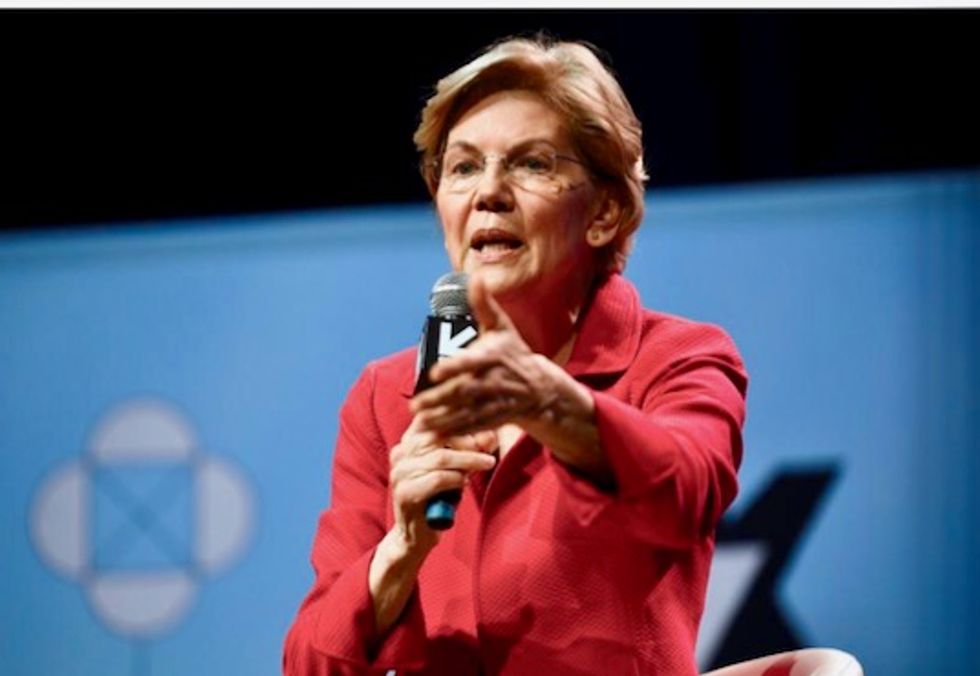 On Saturday, Jonah Goldberg, the well-known conservative pundit, tweeted approvingly an article by Jonathan Chait, the well-known liberal pundit. Chait was writing in a mode critics often call “Democrats in Disarray!” He was worried that Joe Biden might be too old to lead a party too far left to be led anywhere next year.

In the aftermath of the 2016 elections, an exotic political theory promoted by the party’s most left-wing flank suddenly gained wide circulation. The appeal of Bernie Sanders proved Democrats were ready to embrace socialism, or at least something close to it; and Donald Trump’s election proved a nominee with extreme positions could still win. These two conclusions, in combination, suggested the party would move as far left as activists preferred at no political cost (all italics mine).

To which Goldberg wrote:

This very good piece by @jonathanchait further confirms my theory that Hillary Clinton was the most consequential p… https://t.co/pIXU19VVU9
— Jonah Goldberg (@Jonah Goldberg) 1568463285.0

I’m going to set aside Chait’s claim that Sanders’ message was “exotic” and “sudden,” because it’s the similar message advanced by Occupy Wall Street. (Not to mention, in fuzzier tones, by Barack Obama’s reelection campaign). I’m also going to set aside the rank sexism required to blame one woman for the fates of two major national parties.

I’m going to focus on two things initially. One is that Goldberg is a hack. Two is that this hack is the author of Liberal Fascism: The Secret History of the American Left, From Mussolini to the Politics of Change (2009). Though he labors mightily to give his audience at the LA Times the impression that he’s sensible, Goldberg is no such thing. To him, liberals are the real “fascists.” Real fascism, however, is to him merely regrettable.

That a man who equates liberalism with fascism approves of an article that equates the Democrats with socialism is instructive. One, Goldberg is a hack (did I say that already?) Two, that the pillars of the punditocracy, which is what Goldberg and Chait are, are struggling for relevance. They see socialism where there is “socialism.” They can’t see where politics is going in this century. They can only see where it’s been.

Let’s be clear: There are no socialists in the Democratic Party.

Even those outside the party who call themselves “communists” aren’t really Communists with a capital “C.” They still accept as legitimate the channels through which Americans fight for what they want. Indeed, they are anti-liberal. They oppose liberalism and the Democratic Party. Indeed, they have revolutionary objectives. But they still pursue those ends through normal organizing and normal electioneering. That might get under Chait’s skin, and if it does, I don’t blame him for feeling annoyed (I’m annoyed, too). But being annoying isn’t the same thing as being anti-democratic.

This is important to say also because inequities of power are forcing people to take a second look at the state as a tool of reform. As Jennifer Mercieca wrote last week, the old regime (which started around 1980) was predicated on the belief that government is the problem. (Think Ronald Reagan). The coming regime, whenever it becomes visible to us, will probably be predicated on the belief that government is the solution. That in itself could signal socialism with a capital “S.” That is, if the Democratic Party stopped believing in democracy. It hasn’t yet and—call me crazy—it probably won’t, ever.

Communists with a small “C” aren’t the only anti-liberals. So is everyone, and I mean everyone, on the political right, which is nowhere near “the center.” (If someone claims to be conservative but stands for liberal democracy, as, say, David Frum does, he’s more accurately a conservative liberal.) But such people are far more than anti-liberal.

They oppose liberal democracy and seek to bring America’s in closer alignment with Russia’s. Indeed, the Republicans are now so dominated by right-wing forces that they’re driving a Mack truck over and through the “soft guardrails.” In gerrymandering congressional districts, they attack representative government. In circumscribing voting rights, they attack popular sovereignty. In enabling corruption, they attack rule by the majority. As the Times’ Paul Krugman wrote Monday, recent Republican actions alone illustrate their “contempt for democracy and constitutional government.”

More important to point out is the GOP’s rapid evolution, under Donald Trump, into a more transparently statist organization, which is to say a party that’s enacting policies that Republicans used to accuse the “socialists” of wanting, such as import tariffs, subsidizing industries, politically-motivated interest-rate changes, or any government action that does anything to “interfere” with a “free market.” The Republicans, of course, have always favored state intervention into the economy as long as the beneficiaries of the intervention were party members. Under Trump, though, there’s more incentive to openly revel in its previously behind-the-scenes corporatism.

Which, you guessed it, is a variety of fascism.

So while Chait and Goldberg wring their hands over the imagined existence of one kind of collectivism in the Democratic Party, they are missing another kind of collectivism that’s flourishing before our eyes. I have no doubt that both are worried about the state no longer being “an instrument for the conservation of individuals and the achievement of their ends,” as Eugen Weber once put it. But they shouldn’t worry about Democratic “socialism.” They should worry about Republican corporatism.

Maybe they can’t. They can’t see where politics is going.

They can only see where it’s been.