There will be 'nightmarish' consequences if 'buffoon' Trump starts a war with Iran: Rick Wilson 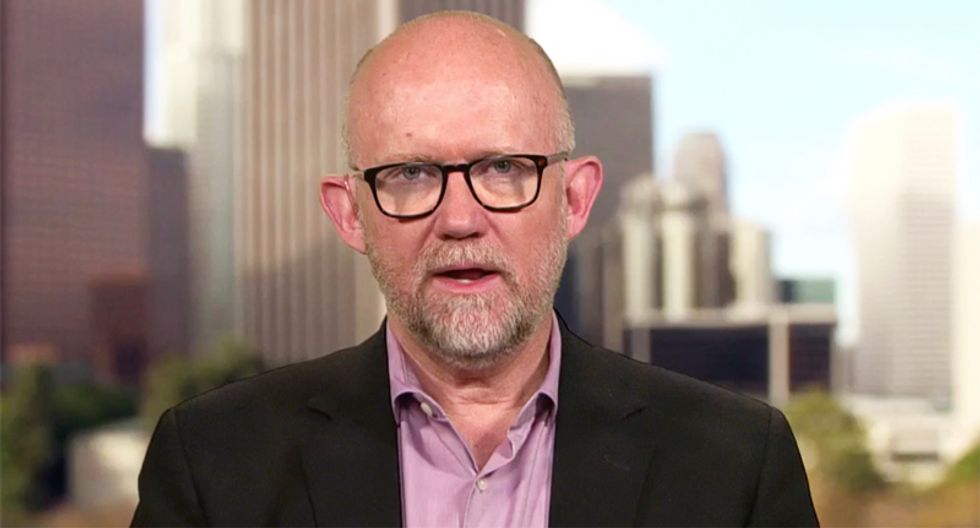 Longtime Republican strategist Rick Wilson is warning about the severe dangers that will come from President Donald Trump getting America into a war with Iran.

In a scathing column written for the Daily Beast, Wilson warns that the president is "entirely unequipped to handle" any serious fight against Iran, which has been accused of launching strikes against Saudi oil production facilities.

"The mullahs know what they’re seeing when they behold Trump: a buffoon and a bluffer who just might be dumb enough to start a war with nightmarish consequences," Wilson writes. "Iran sees an American defense and intelligence apparatus run by toadies and temporary/acting/provisional/until-the-next-tweet nonentities whose tenures depend not on strategic insight or depth of knowledge, but on their ability to abase themselves before the Dear Leader."

Wilson also warns that Iran is not some pushover country that can be easily intimidated by angry tweets and he says it "is deeply skilled at the art" of asymmetric warfare "and in using terror, third-party actors and transitory alliances to offset the power deployed against it by the West."

In his conclusion, Wilson argues that "the world economy will pay a brutal price if the Greatest Negotiator In History bumbles into a shooting war in the Gulf," while describing the potential human costs of such a conflict as "nightmarish."