'This is not a reality TV show': Democrat shuts down Rep. Collins when he tries to stop her questions about obstruction 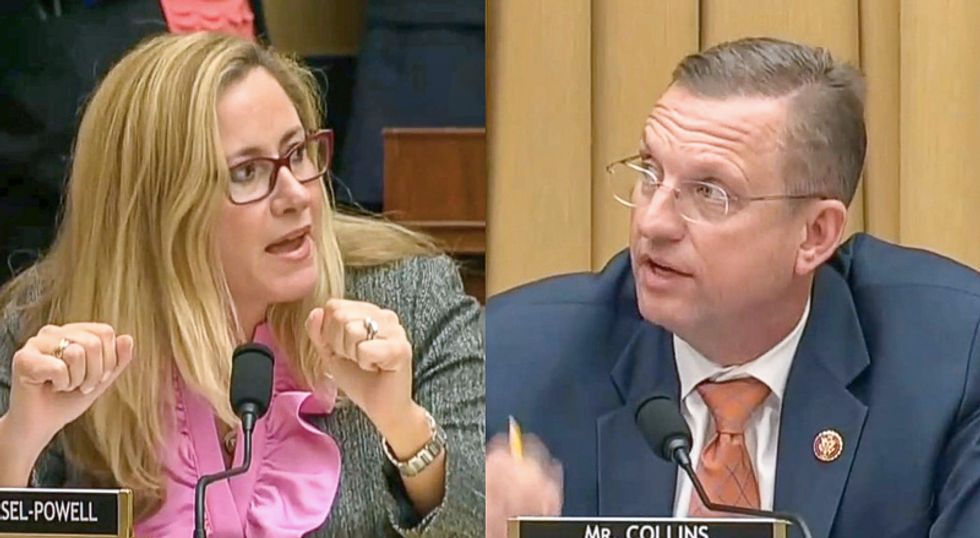 Rep. Doug Collins (R-GA) had a freakout when a Democratic member of Congress dared to call out the president's obstructions of justice during the hearing with Corey Lewandowski Tuesday. During her questioning, Rep. Debbie Mucarsel-Powell (D-FL) drew conclusions outlined in special counsel Robert Mueller's report, but Collins proclaimed it was against the rules.

"The gentleman will state his point of order," Chairman Jerry Nadler (D-NY) said.

"I would just ask, is the gentle lady accusing the president of a crime?" Collins asked.

"I can," Mucarsel-Powell quipped.

"She can reword, I’ll be happy to withdraw," said Collins.

"I’m not accusing anyone of anything. Can I continue?" she shot back.

"Not if you are continuing with the question saying that it’s a crime," Collins said.

"Mr. Collins, this is not a Reality TV show. This is a serious Judiciary Committee hearing," she schooled him.

"We are trying to investigate misconduct by the president. May I continue, Mr. Chairman?" she asked.

The questioning continued from there, putting Collins in his place.