‘This is why they call you the dumb one’: Eric Trump ridiculed for making WaPo journalist look like a pro 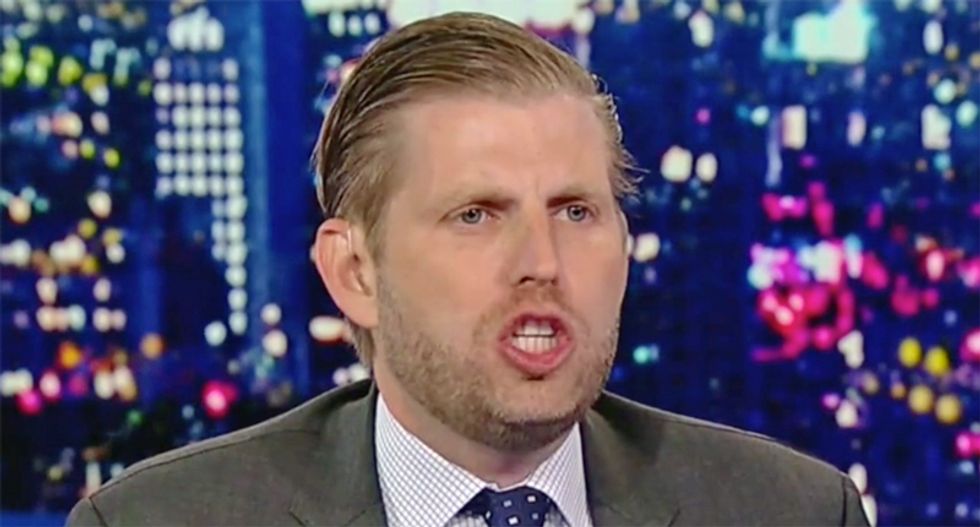 One of President Donald Trump’s adult children once again found themselves as the punchline on Twitter on Friday.

Eric Trump, an executive VP at the Trump Organization, lashed out at Washington Post owner Jeff Bezos after one of his employees received a polite and professional message from Pulitzer Prize-winning reporter David Fahrenthold.

In the email, Fahrenthold began by apologizing for the interruption. He then introduced himself, saying he just wanted the employee to have his contact information.

Fahrenthold explained that they could talk without the employee being cited by name in a story, and explained how to safely contact the newspaper.

Although Fahrenthold’s message was so professional it could be used by journalism professors as a best practices example, Eric Trump attacked the “tactics.”

Eric Trump was brutally mocked online for his tweet.

Here’s some of what people were saying:

@EricTrump @washingtonpost @JeffBezos This is journalism and your brother's signature is on the checks meant to cov… https://t.co/7WJtnQDzFp
— Zeddy (@Zeddy)1567801065.0

this is a model cold email from a journalist to a subject/source -- good teaching moment for young journos.… https://t.co/jmYQVcRqTY
— Edmund Lee (@Edmund Lee)1567802128.0

Trump's kids are so dumb that you actually kinda gotta marvel at it. They make Meghan McCain look like a genius. https://t.co/CUsFW4CfZs
— AdotSad (@AdotSad)1567802081.0

@EricTrump @washingtonpost @JeffBezos The tactics of courtesy and professionalism? Yes I can see how those concepts… https://t.co/sb1iuifDJg
— great scott! 🇺🇸 (@great scott! 🇺🇸)1567800831.0

@EricTrump @washingtonpost @JeffBezos this is why they call you the dumb one eric
— John Iadarola (@John Iadarola)1567800836.0