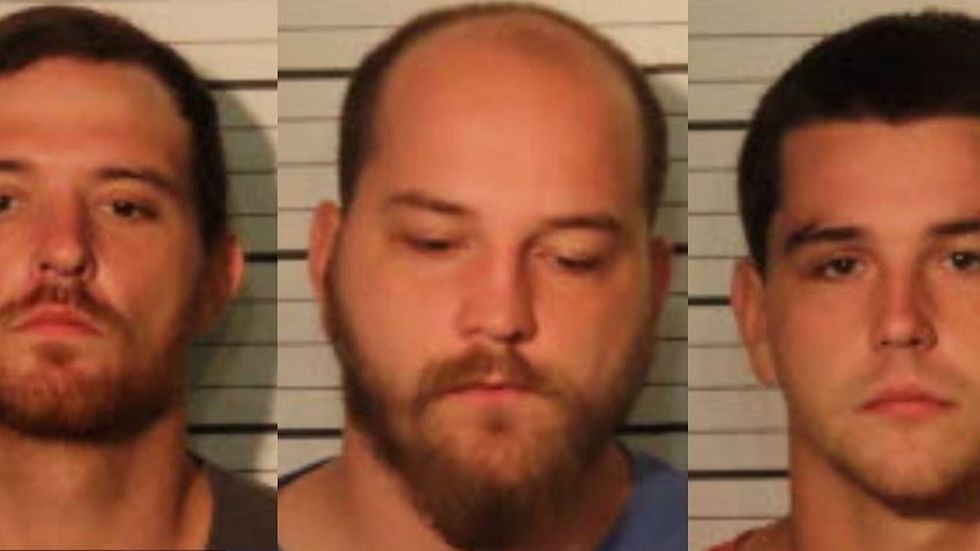 Public mugshots of the suspects via WATN-TV

On Tuesday, localmemphis.com reported that three white men have been arrested for beating a pair of black men and stealing their shoes in a parking garage in Memphis.

Police affidavits say that the three suspects, Joshua Matheny, Michael Matheny, and Christopher Elder, accosted one of the men and demanded his $200 shoes. When the victim refused, they beat him, pulled the shoes off his feet, and ran away with them.

The second victim reported that when the men approached him, still holding the first victim's shoes, one said, "I took one n*****’s shoes, I’m about to take another n*****’s shoes."

Matheny, Matheny, and Elder are being charged with robbery. They have posted bond and have been released pending trial.