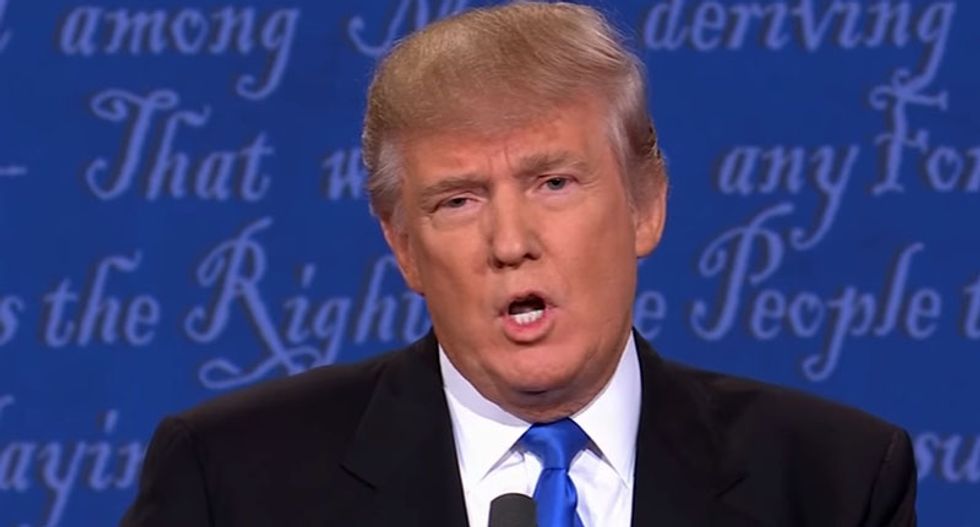 Aides to President Donald Trump who pushed him to release the damning readout of a phone call he had with Ukrainian President Volodymyr Zelensky are already feeling buyer's remorse.

Just one day after the release of the readout, sources tell Axios that Trump aides sincerely believed that releasing it would put an end to the scandal that has engulfed the White House for the past two weeks.

Even though the president explicitly asked his Ukrainian counterpart to launch an investigation of potential 2020 rival Joe Biden, aides apparently believed that Trump would be exonerated because he didn't specifically threaten to hold up aid to the country unless they did his bidding.

"It puts the whole quid pro quo to bed, but trades it for several other issues," one administration official tells Axios, despite the fact that the readout itself does not disprove that there was a quid-pro-quo arrangement.

Another source tells Axios that Republican lawmakers who got a sneak peek at the transcript similarly didn't think it would be a problem for the president.

"The sense was that the transcript didn’t come close to living up to the hype Democrats had set up, and didn’t remotely approach impeachable," the source explains.

Despite their confidence, however, support for impeachment proceedings only grew in the wake of the readout's release.