Trump challenger unloads on GOP for canceling primaries in his home state: 'What you see in third-world republics' 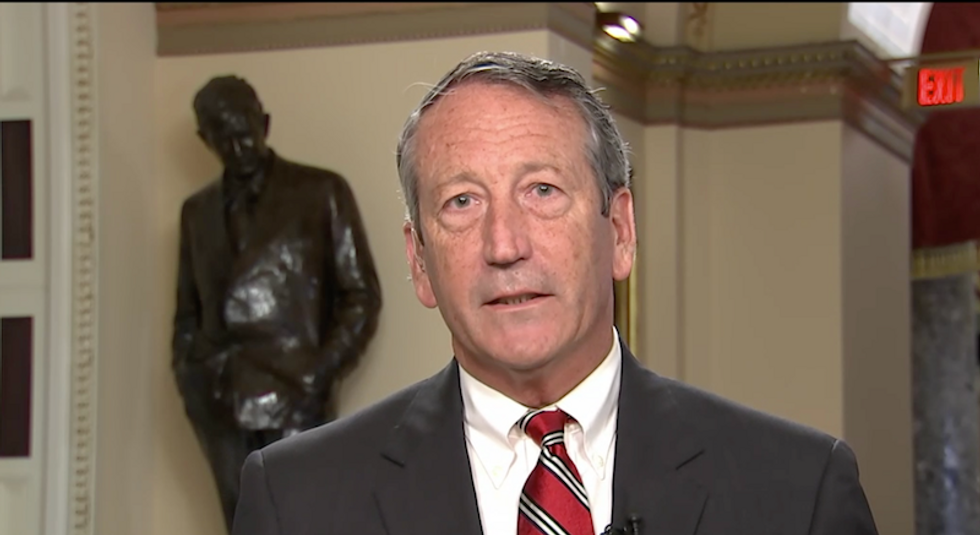 Former Rep. Mark Sanford (R-SC) on Tuesday unloaded on the Republican Party for canceling the presidential primary in his home state in a seeming effort to prevent him from challenging President Donald Trump for the nomination.

During an interview with CNN's Kate Bolduan, Sanford accused the South Carolina GOP of acting more like apparatchiks for a dictatorship rather than a political party.

"I think is what you see in third-world republics, closer to what you see in a lot of places around the world where elections and debates are snuffed out based on raw political might," he charged.

Sanford then suggested that the cancellation of his primary shows that Trump isn't as strong politically as he claims.

"If, in the world of politics, you have the chance to stack in a 90 percent win, which is what he alleges his lead is, you do it all day long," he said. "Particularly in a first-in-the-south primary, it's going to have implications in other primaries. The fact that they're not doing that says that somebody's worried about something, somebody's seeing numbers showing his support is a mile wide and an inch deep."