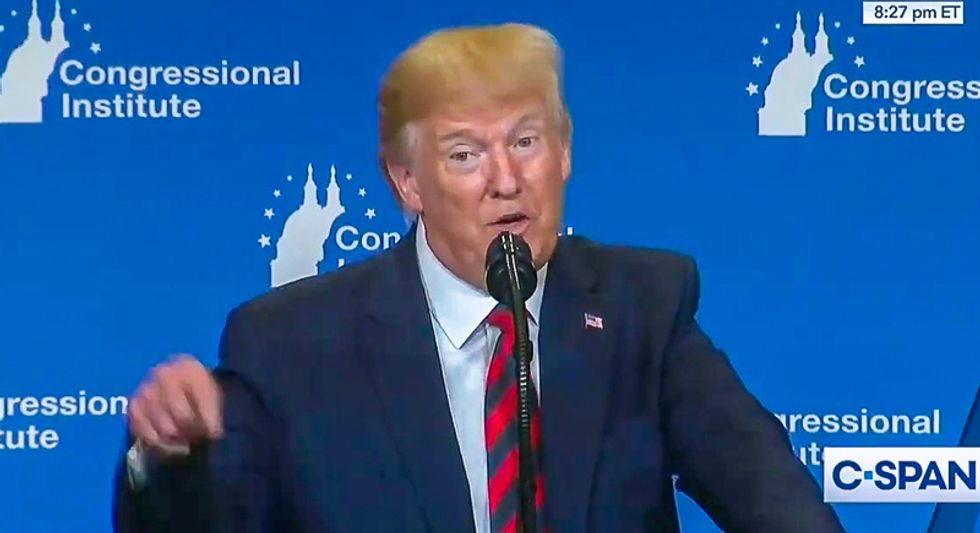 While speaking to Republicans at a retreat in Baltimore, Trump announced: "Earlier today, my administration formally repealed the horrible, dangerous, anti-everything waters of the United States rule."

"We have the cleanest water, the cleanest air that we've ever had in the history of our country, right now," Trump said.

The president corrected himself after saying that the media "would get me on that one."

"Let's say the history of our country over the last 25 years," he opined. "I would say they probably had cleaner water, cleaner air because there was nobody here. So I have to be very accurate."