Trump forces Mike Pence to stay loyal by making him complicit in his corruption: columnist 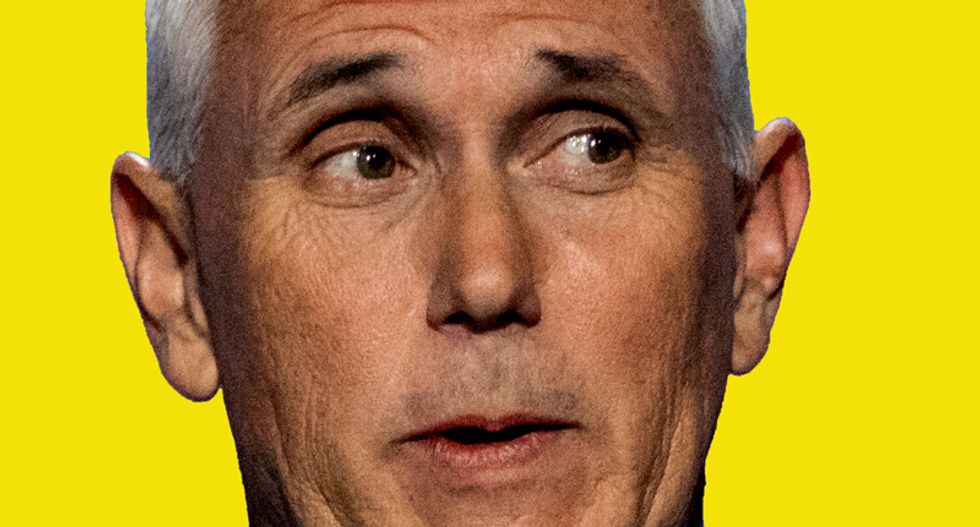 On Tuesday, Mike Pence's office confirmed that the Vice President--who is traveling with his family--is staying at President Trump's golf course in Doonberg, Ireland at Trump's behest.

From there, Pence is flying an hour to Dublin to meet with state officials, and then flying back--all on taxpayer dollars.

Writing in New York Magazine, columnist Jonathan Chait notes that the incident is particularly outrageous because it's so clearly corrupt--and for the very small payoff of a few extra guests at Trump's properties. It also makes Pence complicit in Trump's corruption, notes Chait.

"It might seem strange for Trump and Pence to incur the awful publicity that comes with engaging such corruption in broad daylight, especially when the payoff — a handful of additional customers at a resort — is relatively small," Chait writes.

"But it is precisely that disjuncture between the brazenness and the scale that makes this episode significant. Pence is establishing the principle that Trump is entitled to profit from his office, and — far more importantly — his participation signals his culpability in the scheme."

Chait points out that there's a reason Trump is so secretive about his finances.

"Trump’s decision to run his business throughout his presidency is closely linked to his decision to keep his financial information private," he writes.

"Nobody knows just how Trump made his money or who is paying him now," he adds.

While Trump's other characteristics might be acceptable to Republicans, his corruption is unjustifiable.

"It would be easy for the party to break from Trump’s extraordinary demands to conceal his tax returns and collect payments from interested parties. That makes it all the more crucial for Trump to lock in their support."

And that's where Trump's push to make Pence stay in his hotel comes in. By making Pence complicit, he is unlikely to protest Trump's shady finances.

"One of the key tools used by organized crime bosses is to implicate their underlings. It’s hard to trust your flunkies until they have actively collaborated in your crimes," Chait writes.

"Once they have done so, they have demonstrated their willingness to violate the law on your behalf, and surrendered any claim to innocence. The point of asking Mike Pence to violate government ethics on Trump’s behalf is not to put a few more dollars in Trump’s pocket, but to put Mike Pence in his pocket."