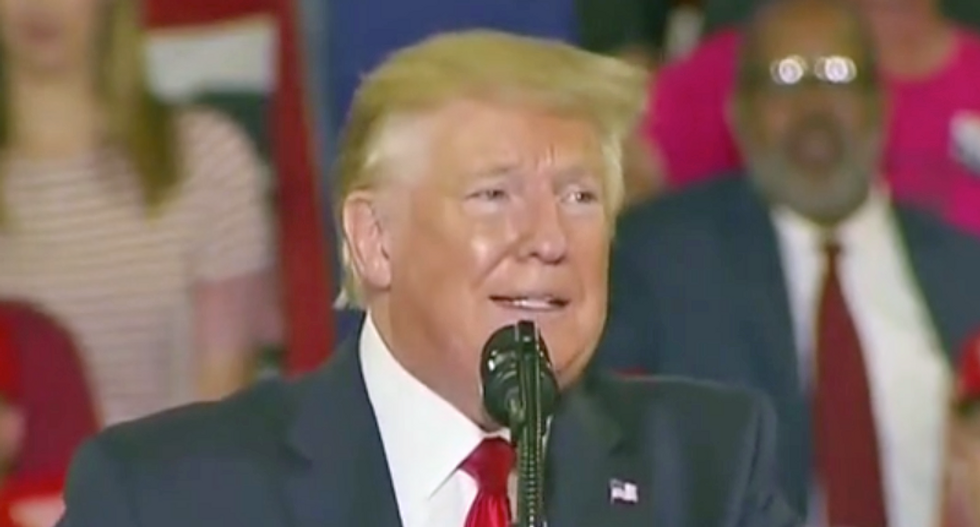 President Donald Trump this week denied that he wants to meet with Iranian government officials without any preconditions -- but a quick fact check has revealed this to be a shameless lie.

In a tweet sent out on Sunday night, the president wrote that "The Fake News is saying that I am willing to meet with Iran, 'No Conditions.' That is an incorrect statement (as usual!)."

Washington Post fact checker John Wagner, however, looked through the video archives and found that Trump has twice been caught on camera saying that he would meet with Iran without any preconditions.

This past June, for example, Trump appeared on NBC's "Meet the Press" and said he would be willing to meet with Iran to discuss dismantling its nuclear program. When host Chuck Todd pressed the president on whether there were any preconditions to this offer, he replied, "Not as far as I’m concerned, no preconditions."

In July 2018, meanwhile, Trump said he was "ready to meet" Iran "anytime they want to."

"No preconditions," the president added. "If they want to meet, we’ll meet."