‘Trump has out-Nixoned Nixon’: Dan Rather reveals why the Ukraine scandal is worse than Watergate 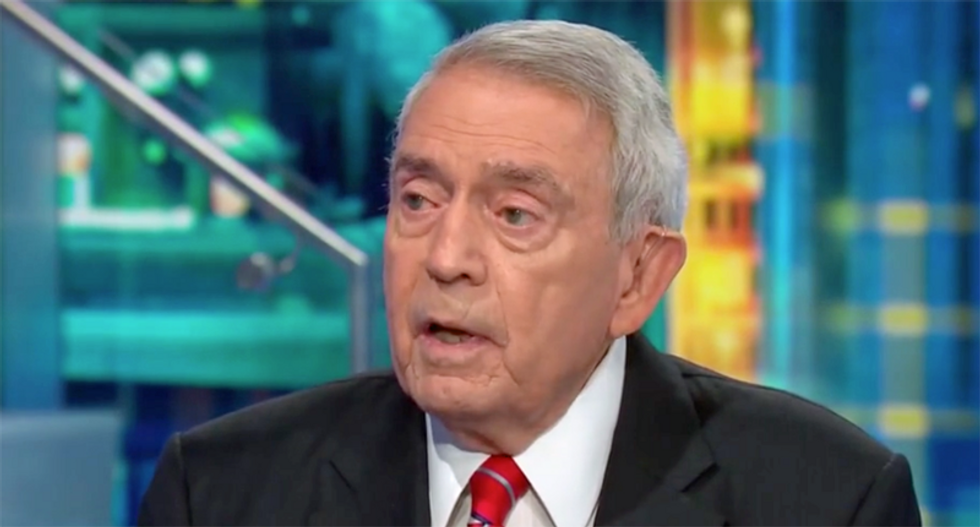 Dan Rather was the anchor of the CBS Evening News (screengrab)

President Donald Trump's latest scandal is worse than the Watergate scandal that forced President Richard Nixon to resign the presidency in disgrace, veteran journalist Dan Rather concluded on Thursday.

Rather, who worked as the White House correspondent for CBS News during the Watergate scandal, was interviewed on CNN by Don Lemon.

"The coverup, the tapes and a president under a cloud of impeachment. Is President Trump out-Nixoning Nixon?" Lemon asked. "This story has coverups at the highest levels, a secret store system for transcripts, potential abuse of power for political gains. Remind you anything?"

"Certainly it’s reminiscent of the Watergate period the 1970s," Rather replied. "But there is this big difference. We need to assess the gravity of the situation and at the same time remain calm. What’s different between what Richard Nixon did and what Donald Trump has already admitted to is this: it involves a foreign power."

"The whole scandal of Watergate -- the widespread criminal conspiracy led by the president of the United States -- had to do with this country, it was all domestic," he explained. "There wasn’t a foreign power involved."

"I think Oscar Wilde said, 'The truth is never pure and rarely simple.' But here, on the basis of what we already know, we have a pure truth and it’s pretty simple," he noted. "The president of the United States was conspiring with the leader of a foreign power to discredit one of the president’s political opponents and then there was a concerted effort in the White House -- with others besides the president involved -- to cover it up."

"I do think President Trump has out-Nixoned Nixon," Rather concluded.