Trump kicks John Bolton on his way out: Kim Jong-un 'wanted nothing to do' with him and 'I don't blame him' 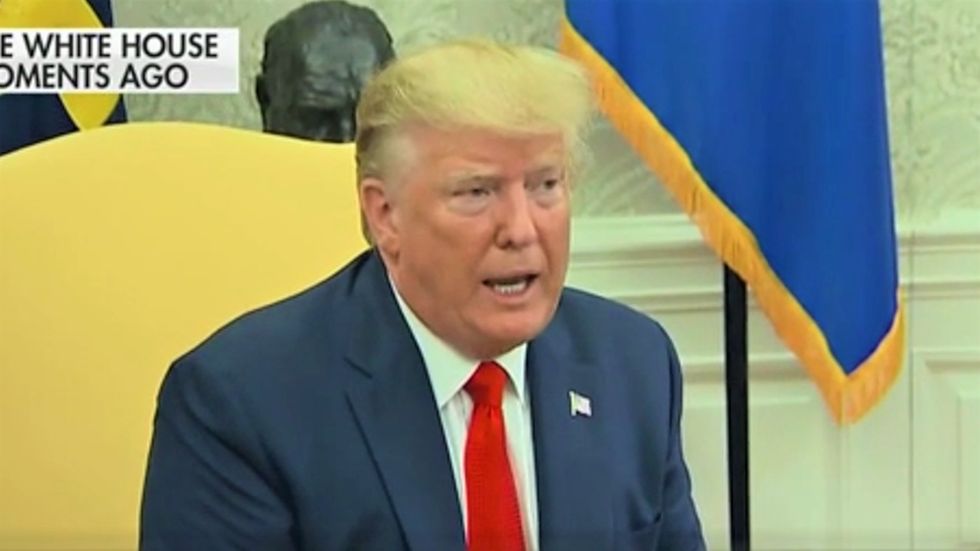 President Donald Trump on Wednesday took another shot at departed national security adviser John Bolton, and he specifically called him out for damaging his relationship with North Korean dictator Kim Jong-un.

While speaking with reporters, the president said that Bolton had hurt his efforts at diplomacy when he publicly promoted the idea of doing to North Korea what the American government under former President Barack Obama had done in Libya.

"We were set back very badly when John Bolton talked about the Libyan model," the president said. "He made a mistake. As soon as he mentioned that, the Libyan model, what a disaster... and he’s using that to make a deal with North Korea?"

The North Korean government harshly criticized Bolton after he made his remarks about the "Libyan model," and the president said he was sympathetic with Kim's predicament.

"I don’t blame Kim Jong-un for what he said after that," Trump said. "He wanted nothing to do with John Bolton."