Trump paralyzed by fear of his own base: ‘He’s not strong enough’ to risk their ‘full support’ 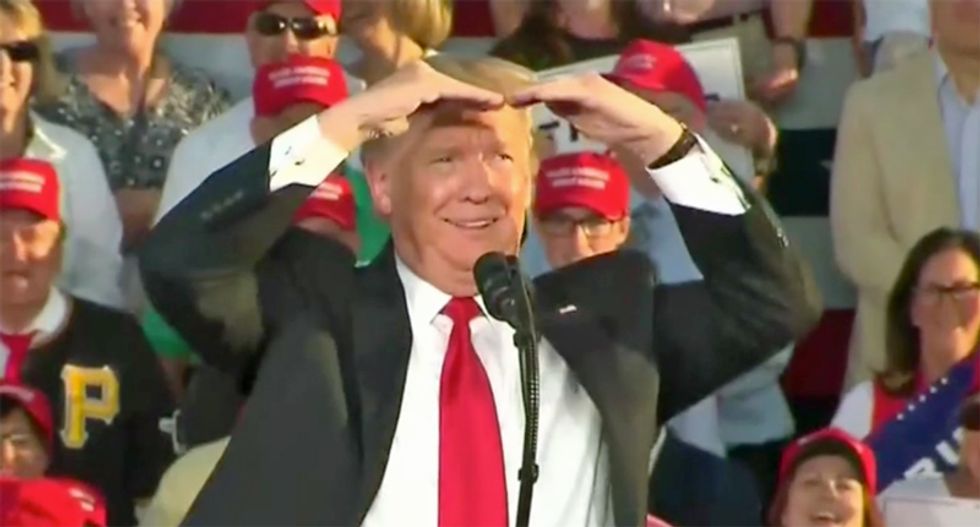 But aides to the president have told the New York Times that he has repeatedly backed off new plans on issues ranging from gun background checks to bans on vaping because he fears angering his supporters.

"In discussions with his staff, Mr. Trump has made clear he wants to accomplish something big, but seems stymied as to what it might be, according to interviews with a half-dozen aides and advisers," the Times reports. "In the meantime, he has remained on the sidelines as divisive issues are debated and is treading water even on possible staff changes he wants to make, for fear of how things 'play.'"

The most notorious example from this came earlier in the week when Attorney General Bill Barr went to Capitol Hill to brief lawmakers on proposed new background checks for gun purchases. Once the Barr proposal leaked and the National Rifle Association condemned it, White House aides scrambled to tell people that the president hadn't committed to anything yet.

Peter Ambler, the executive director of pro-gun regulation organization Giffords, tells the Times that the president appears weak with his vacillations on policy matters.

"He’s not strong enough to forge any sort of compromise that would get anything less than full support from his base," he said. "He does not have that degree of political power or savvy, and that’s why he ends up in a perpetual 'Infrastructure Week.'"