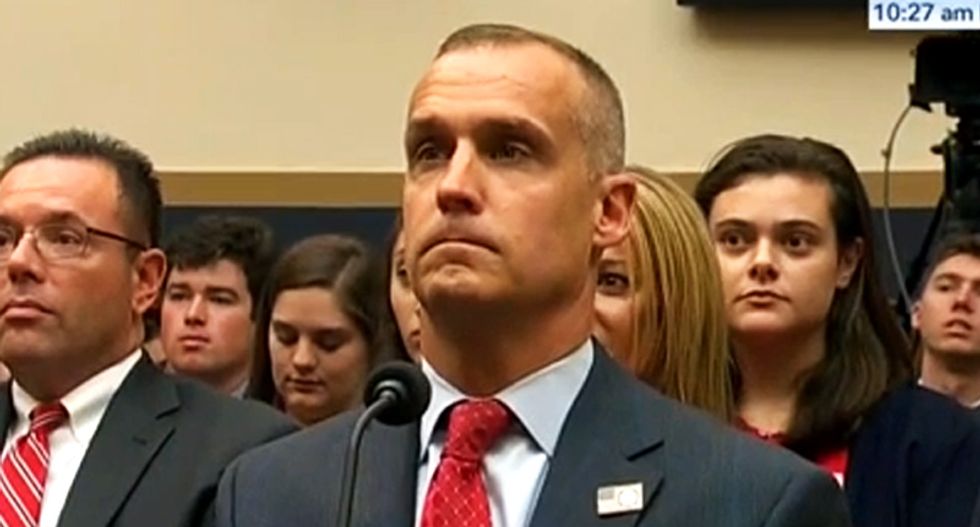 Former – and fired – Trump campaign director Corey Lewandowski is testifying before the Judiciary Committee in the House’s first official impeachment inquiry. Lewandowski played his part perfectly: a clown, an obfuscator, a disruptor, a disrespectful buffoon, and an instigator.

Just minutes into the hearing, Judiciary Chairman Jerry Nadler accused Lewandowski – who is still close to President Trump and considering a run for the U.S. Senate – of filibustering.

President Trump loved it. About a half hour into the proceedings, Trump tweeted out praise for his friend and former advisor.

Lewandowski refused to answer questions, standing by the White House counsel’s letter which claims that Lewandowski’s “conversations with the President and with senior advisers to the President are protected from disclosure by long-settled principles protecting Executive Branch confidentiality interest.”

Legal experts disagree, given that Lewandowski has never been a White House or even a federal government employee.

This hearing is a complete farce. Trying to play nice with Trump and his GOP enablers will not work https://t.co/DKpEcpz3Gq
— Aaron Rupar (@Aaron Rupar) 1568742741.0