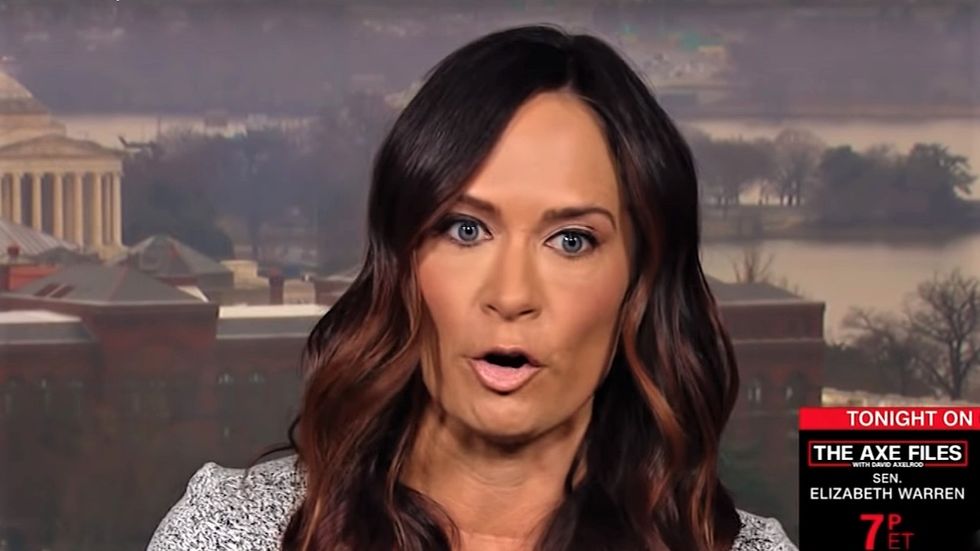 White House Press Secretary Stephanie Grisham on Friday attacked the Washington Post for its recent report about the brutal political mistakes President Donald Trump has made over the past two months -- and she once again found herself getting caught in a blatant lie.

In complaining about the Post's press coverage of the president, Grisham wrote on Twitter that the Post "could have written about the first time in history a sitting United States president walked across the DMZ into North Korea" instead of writing articles about the president's diplomatic blunders with the Danish government, his racist attacks on Democratic congresswomen, or his bizarre decision to doctor a weather map to avoid being proven wrong about Hurricane Dorian striking Alabama. 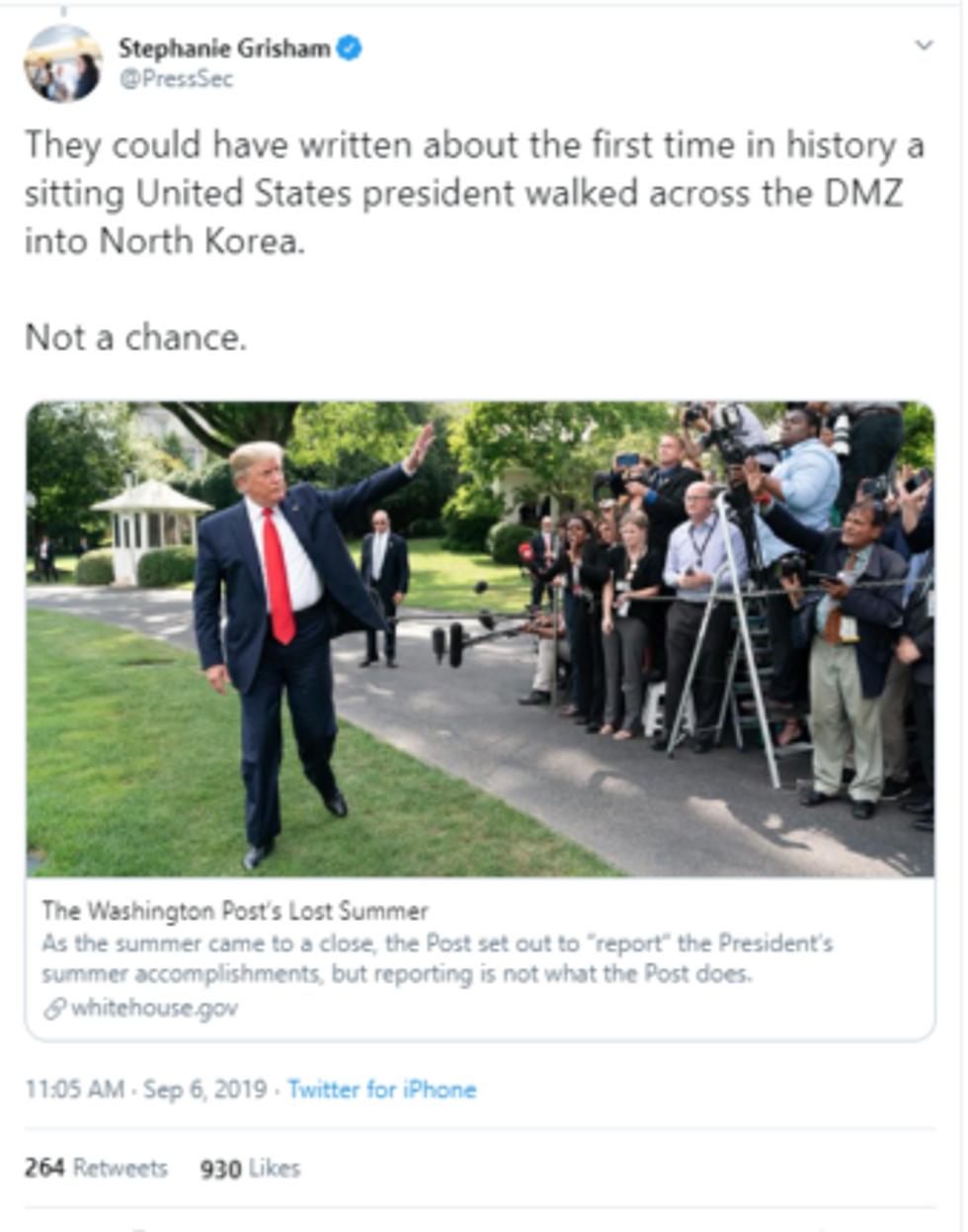 The problem for Grisham, however, is that the Washington Post did write an article about Trump's visit to the DMZ. The story, which was published on June 30th, featured the headline "Trump becomes first sitting president to set foot into North Korea" and explained to readers that the president "met Kim Jong Un at the demilitarized zone between North and South Korea on Sunday and crossed briefly into North Korea, becoming the first sitting U.S. president to visit the isolated state."

Grisham's latest factual blunder earned her quick ridicule from her Twitter followers -- check out some of the reactions below.

@PressSec What did that accomplish? Kim is still testing missiles and producing new nuclear ones. No agreement reached.
— ann (@ann)1567782471.0