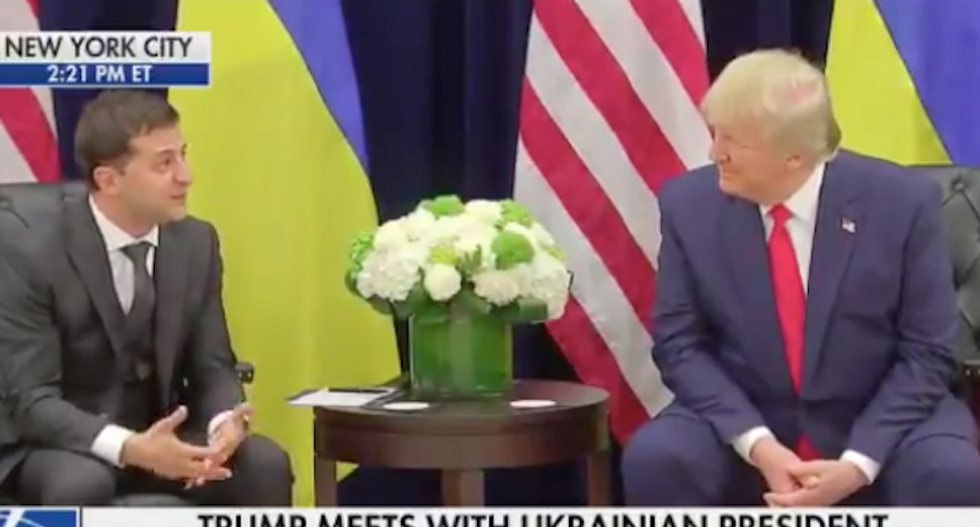 On Wednesday, President Donald Trump appeared at a press conference with the president of Ukraine following the release of a transcript that shows the president may have engaged in misconduct in conversations with the Ukrainian leader.

In response to what critics say are serious allegations, Trump gave a rambling speech in which he discussed Miss Universe and slammed Barack Obama.

"I own something called the Miss Universe pageant years ago. Sold it to IMG. When I ran for president, I thought maybe it wouldn’t be the greatest thing to own the Miss Universe and Miss USA pageant,' he added.

"It’s a great thing. We had a winner from Ukraine. We’ve really had — we got to know the country very well in different ways. It’s a country that I think with tremendous potential."

He then went after Obama.

"That was during the Obama Administration that you lost Crimea," Trump told the Ukrainian leader. "I didn’t think it was something that you should have, but that was done a long time ago. I think it was handled poorly. But it’s just one of those things. One of the elements that we discussed is the United States helps Ukraine."