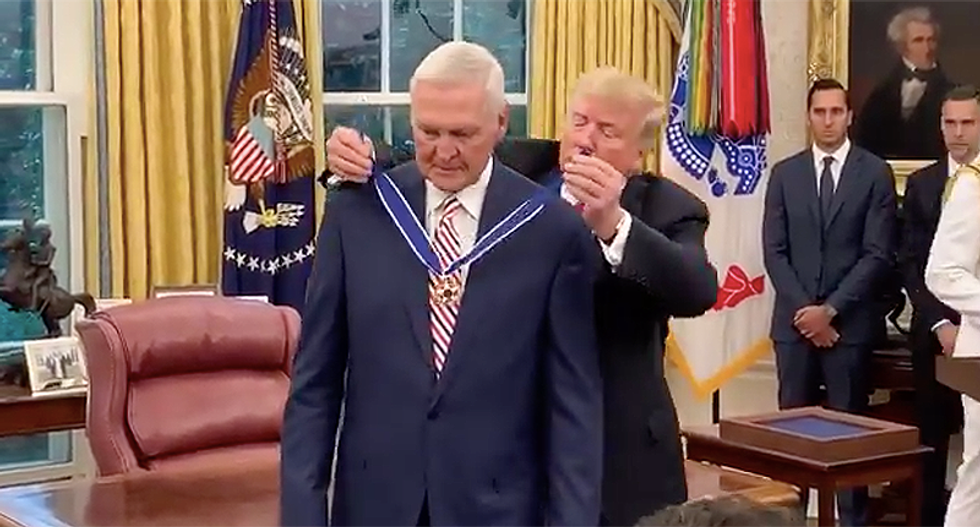 Basketball coach Jerry West received the Medal of Freedom Thursday, but President Donald Trump indicated it was more about the 2016 election vote than it was West's excellence.

According to Jeff Mason, White House correspondent for Reuters, Trump said in the Oval Office that fact "West Virginia supported him so forcefully in 2016 probably helped Jerry West get the Medal of Freedom today."

"Is that how the Medal of Freedom works?" asked Black News.